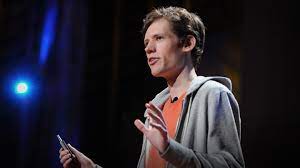 Founder of controversial online community 4chan, Chris Poole has left Google on 13th April 2020. He joined Google in 2016 and since then he has been working in various departments within the company. His last position before leaving was of a ‘Product Manager’. Though Poole has not officially announced his departure from the company. ‘Google’ has itself confirmed his termination from the organization on 13th April.

Since the inception of his own company 4chan, Pool has always been an eye-catcher in the online world. He founded this company when he was 15. With his networking skills, he grew it into one of the most influential and powerful online communities. Rolling Stone, An American Magazine even called him a ‘boy-genius ‘ and gave him the tag ‘Mark Zuckerberg  of the online underground ‘

Poole left 4chan due to the criticism it was facing

4chan initially gained a lot of popularity due to its powerful and unfiltered content and open forum discussions, but later on, due to significant levels of hacking, sexual content, harassment, degraded information and threats, hateful content, spawning abuse and high-level pranks, it was accused of spreading hate among the community. It was even accused of leaking some confidential information and became the target of many law firms and international agencies. Due to the increasing criticism company was facing, in 2015 Pool left 4chan and sold it to Hiroyuki Nishimura, a  Japanese entrepreneur.

Served as an ASSET for the Company, Chris Poole has left Google

Poole had a good knowledge of building effective online communities and networking. He joined Google as a Product Manager. As per certain reports, in 2015 Google was facing tough competition from its competitors with regard to social media. So in order to revamp its social media image and build a good position in the online industry, Google hired Pool due to his exceptional experience in the same.

Since his joining in 2015 Pool shifted roles many times within the company.  At one point he even became the partner of Google’s in-house start-up incubator, Area 120. After this, he worked as a Product Manager in Google Map’s Division.  Some industry experts and employees criticized the hire of Pool as Google made this decision without taking the thoughts and views of other experts in this consideration. Yonatan Zunge, the chief architect of Google + always praised and defended Pool and was always sure of the fact that Pool will definitely go to make something exciting.

Throughout his employment, Poole served as a great asset to the company. His hiring made the waves and had helped the company immensely in turning on its social media game. In 2018, Google gained so much popularity in terms of social media as against Facebook and other social media sites. Though there is no clear detail as to why Chris Pool has left Google, our sources are still in search of it.