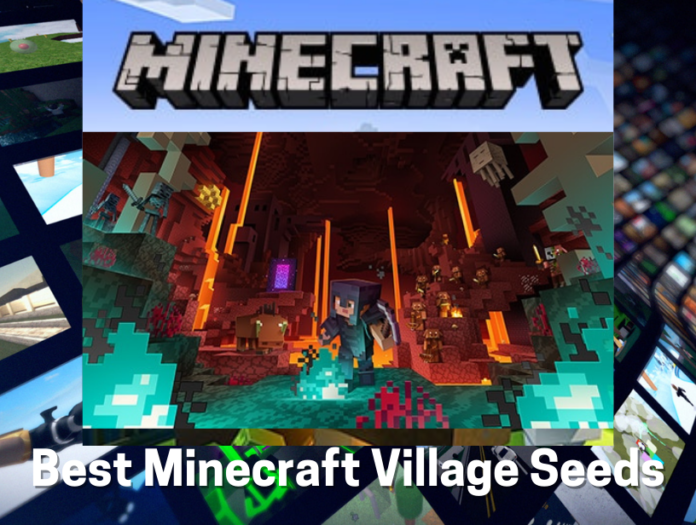 Village seeds in Minecraft are among the best starting seeds available, as they immediately supply players with a variety of materials that can jumpstart any fantastic adventure. Villages near the world spawn point aid both basic survival worlds and speedrunning worlds since players can grab what’s available at the village — whether it’s food, loot from chests, or crops from farms —Food, loots from chests, or crops from farms – any of these items help lessen  the difficulties that all Minecraft players confront at the start of a new world.

Mojang will eventually release the long-awaited Minecraft 1.17 version, or at least the first part of it. This means that the long-running 1.16.5 version will be gone soon.

As per the latest hints dropped on the Minecraft website, the biome generation will be completely changed in the upcoming update. This is the final chance for the players to enjoy the current version of Minecraft.

So let’s dive right into the best Minecraft seeds for June 2021 and have fun with all of these wonderful finds while we can.

Sometimes Minecraft glitches yield some of the most amazing effects. A quite rare dungeon with two mob spawners. One spawner produces zombies and the other one produces spiders. Players will find two villages as well. One village at the spawn and the other one to the south of spawn.

Note: You can get the best Item Storage in Minecraft and enjoy them before the current version expires. Also, don’t forget to check out the best shaders for Minecraft bedrock edition.

At spawn, there is a double village on broken savanna! The communities aren’t large, but they have 25 buildings in all. Some of the buildings are being flooded by the cascade flowing from the savanna plateau’s crest. To the south of spawn, there is a pillager station where you can find some amazing weapons.

At spawn, the Mesa biome contains numerous badlands, including eroded ones. There are two villages as well. The latter is near an exposed mineshaft, which the players can see through the eroded pillars. The third village is located in the swamplands to the south.

Spawn at a village with a ruined gateway that can take you directly to the bastion remnant’s walls. This structure is a loot room, which has a one-of-a-kind pair of chests at the bottom of a lava pool that only yield top-tier loot. There is normally one or two pieces of diamond armour and some highly enhanced weapons in there.