The event tech enthusiasts have been waiting for is here, at last! The Consumer Electronics Show (CES) in Las Vegas is set to start in a few days. The CES trade show which showcases the latest tech breakthroughs begins on January 9 and will run up to January 12. We look at five hot smart home brand names that are likely to steal the show at CES 2019:

C by GE will have a vast array of new products on display in CES 2019. In fact the manufacturer of digital and electrical products will triple its offerings, in comparison with CES 2018. The company plans to include “Made for Google” branding on a new set of full-color bulbs, among other devices. Paul Williams, GM GE Lighting, says the pervasive nature of lighting makes it an ideal vehicle for smart home technology. GE is playing to their strengths but is it the most exciting product category to make an entry in? We are not so sure.

With the Google partnership, GE will thus gain an industry-first designation. The partnership will attract smart home owners who are enamored of the Google Home or Google Assistant. Consumers can exercise seamless control over the bulbs and switches introduced by C by GE. To achieve this, they can use any Google smart home device. These include Google Max, Google Mini, Google Home, or Google Home hub via Bluetooth technology.

Among the most attractive of GE’s ecosystem of products, its new products along with its full-color LEDs provide full-color solutions. Buyers can choose from a multitude of color options and tuneable whites in various lighting solutions. These include a custom-sized lighting strip, an incandescent floodlight, and a new improved bulb for home owners. These are amenable to voice control through custom-programmed schedules and routines. Alternately, consumer can use via GE apps to exercise voice control.

Even without a smart home hub, consumers get an additional layer of control over C by GE’s new smart switches. They can control just about any bulb in their house, regardless of whether its power switch is on or off. Use the switches to simply turn lights off or on, or even to act as live dimmer switches. This is just one of a wide array of options.

Consumers can use a new embedded ambient light and motion sensor to detect motion. The battery-powered sensor will help in making smart changes to light in accordance with the ambient light in a room. Buyers of the product get hands-free convenience, while conserving energy.

An accessories platform will help users of C by GE products with more control options. They can use a smart wall plug to control, either by app or voice, any device, whether old school or smart, whether from home or away. Most usefully, the C-Reach hub as well as the new C by GE app allow these products to support other platforms such as the Apple Homekit or Amazon’s Alexa.

Amazon will announce several new Alexa-compatible products at CES 2019, including HDTVs, kitchen countertop multi-cookers, and home theater sound bars, among many others. While the race between Google and Amazon for smart home dominance remains strong, Amazon is likely to push the pedal on the Voice Assistant front at CES 2019. A legion of new-fangled products compatible with Alexa are likely to be exhibited at CES 2019. Track latest developments from Amazon CES here.

Alexa support will soon be available to GE’s most contemporary line of smart lighting, a line-up that comprises of sensors and smart plugs, as well as dimmers, light switches and LED bulbs. The C line is also compatible with Google Assistant. Later in 2019, the product line will boast support for Apple Homekit.

Among smart glass brands, the Vuzix Blade headset that carries a price tag of $999 is the first to boast Alexa-compatibility. The headset and the integrated headphone will respectively facilitate the taking of photos and videos and the playing of audio. The lenses act as a form of display screen for apps, video, messages and images.

A wireless smart speaker and a mesh network router marry to produce the Asus Lyra Voice. Carrying a price tag of $220, the Lyra enables support for Alexa, with an onboard microphone.

This is a badly sought solution for a space crunch that deters consumers from buying a home theater setup. In the 48-inch Klipsch Bar 48W, the sound of multiple speakers is packed within one. There is no need for an additional smart speaker as Klipsch Bar 48W sound bar supports Alexa. The Bar 48W also supports the Google Assistant and AppleAirplay.

Philips is set to offer American consumers 4K TVs that will run on the Android TV platform. They will showcase the 5704 and 5904 series of its 4K UHD Android TV at CES 2019. American consumers will get an early look at the 5904 which will be released later in 2019. Android 8.0 Oreo is the common platform on which both series will run. The Google Play Store will offer apps and games that buyers of these sets can access. Both the 5704 and the 5904 will come in 5 screen sizes: 75, 65, 55, 50, and 43-inches. Thanks to near-field microphones, viewers sitting in front of their Android TVs can use Google Assistant to facilitate answers to queries, addition of appointments to their calendar, access to email, and information about the weather.

The Television sets also perform the primary function of streaming movies and shows from viewers’ favorite services. You can browse with the remote or use Google Assistant to get the job done. Chromecast support is an additional feature of these TVs. Mirroring your phone to the TV, whether it’s to do video calls, view pictures from your phone, or stream content from there, can be done very easily without the need to attach an external device to the TV. Unspecified select retailers already stock the 5704 series pf the Philips 4K UHD Android TV. Prospective buyers of the 5904 series will have to wait until the second half of 2019. The 5904 is equipped with a far-field microphone that allows you to use Google Assistant from a greater distance. It will cost a buyer more than the 5704. 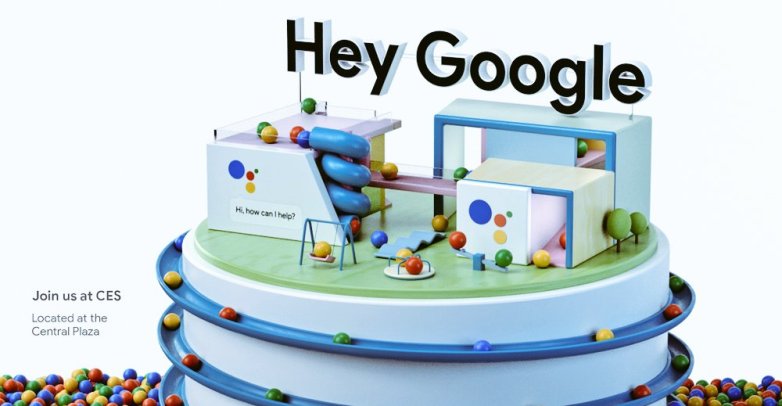 Before CES 2018, Google’s manufacturer partners like LG and Samsung had grabbed attention while Google itself had preferred to stay on the side-lines. This year, both Google’s hardware and software will be on flamboyant display on an official stage.

The tech giant now recognizes the importance of using CES to showcase its wares and sound a warning to rivals such as Samsung, Apple and Amazon. According to a projection by RBC Capital markets, Google’s hardware products are likely to earn in excess of $20 billion. These include Chromecast streaming devices, Nest thermostats, and Google Home smart speakers.

The company’s focus will increasingly be on Artificial Intelligence, mainly represented by Google Assistant. The digital helper faces stiff competition from the likes of Apple’s Siri and Amazon’s Alexa. In a market in its early stage, Google hopes to upstage Amazon’s Alexa ecosystem, which is popular in its own right. In a fierce rivalry that calls for aggression and swiftness, Google trails Amazon whose Echo devices have a 73% share of the smart speaker market. Google is a distant second with a 24% share of the home devices market (source: Consumer Intelligence Research Partners).

Google will relish the opportunity to drum up buyer support for its Voice Assistant at CES 2019. In CES 2018, Google introduced four Assistant-enabled video devices made by Lenovo, LG, Sony, and Samsung-owned JBL, LG and Lenovo. At the Las Vegas event next week, Google’s focus will be on devices made by third-party partners, all with the Assistant built-in. 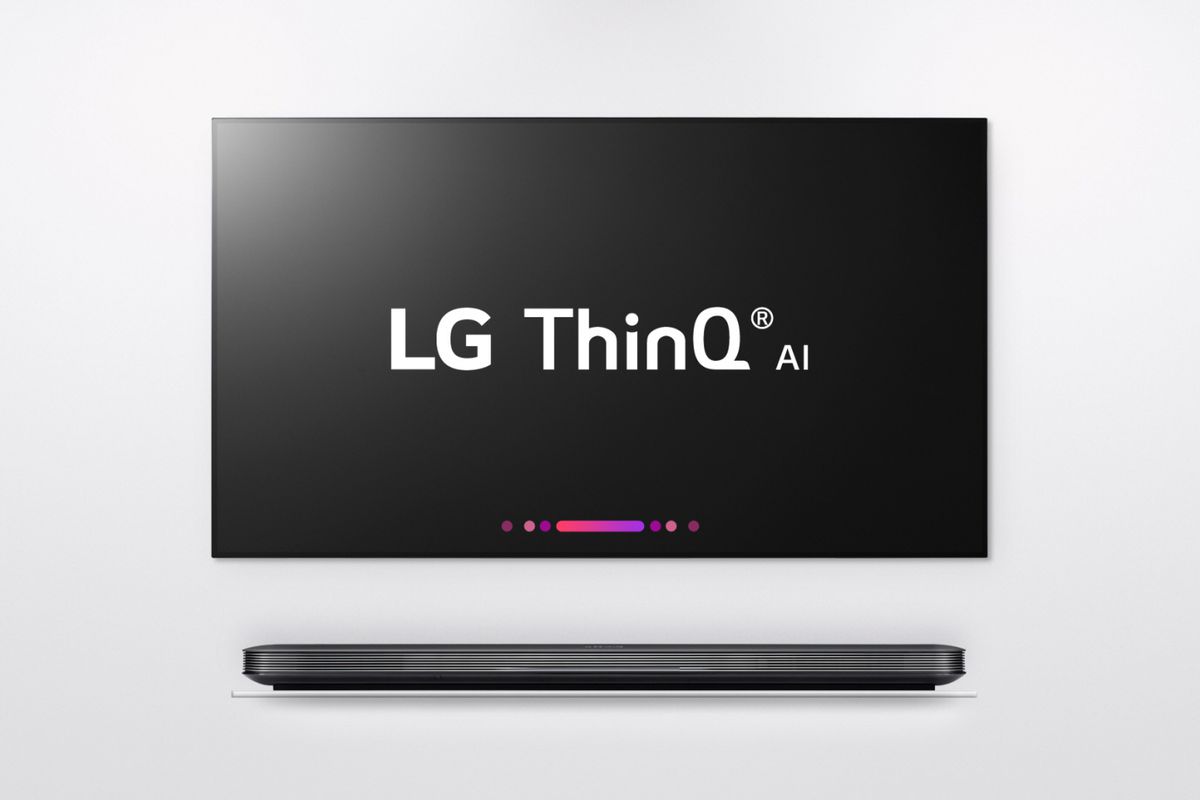 LG Electronics is expected to showcase its 2019 flagship OLED TVs at CES 2019. They have used a database of more than a million visual cues to develop a deep-learning algorithm. The algorithm combines with LG’s second-generation a9 Gen 2 intelligent processor to ensure recognition of content source quality in order to determine the best upgrade method for visual output. Look out for enhanced sound and picture and optimized content in their 2019 CES lineup of Z9, W9, E9, and C9 series of OLED-TVs.

The new processor considers human perception of images in varying light conditions and uses the information to ensure automatic adjustment of brightness in ambient light conditions. According to LG, the a9 Gen 2 processor adjusts the brightness to add depth of color, as well as detail and contrast, to allow viewers in brightly-lit rooms to watch dark scenes with a degree of comfort. The processor enables further refinement of HDR content.

In 2018, the ThinQ AI platform enabled LG models to build-in Google Assistant. The 2019 models will include Amazon Alexa as an additional digital assistant. The magic remote of the 2019 models contains the Amazon Prime Video button.

Managing smart home devices in your house, accessing Alexa’s multitude of skills, and asking questions will all become easy when a user presses the Amazon Prime Video button.

The ThinQ AI comes with a newly introduced conversational voice recognition feature that facilitates understanding of context and the making of more complex requests.

CES 2019 has begun with a bang, and smart home devices are ruling the roost at the greatest technological display on the planet....
Read more
Gadgets News

CES 2019 is here and all techies are heading to Las Vegas to attend the world's greatest exhibition of path-breaking technology. We look at...
Read more
Apps News

It is not often that we see brand new product categories created but 2018 saw exactly that, in the form of Smart Displays. Curiously,...
Read more
Technology News

Christmas is around the corner and what better time than to buy yourself gifts that can make your life easier: the top 12 tech...
Read more
Technology News

Over 6.8 million photographs of nearly 5.6 million users have been given away by the Facebook app, as revealed by a photo API bug....
Read more