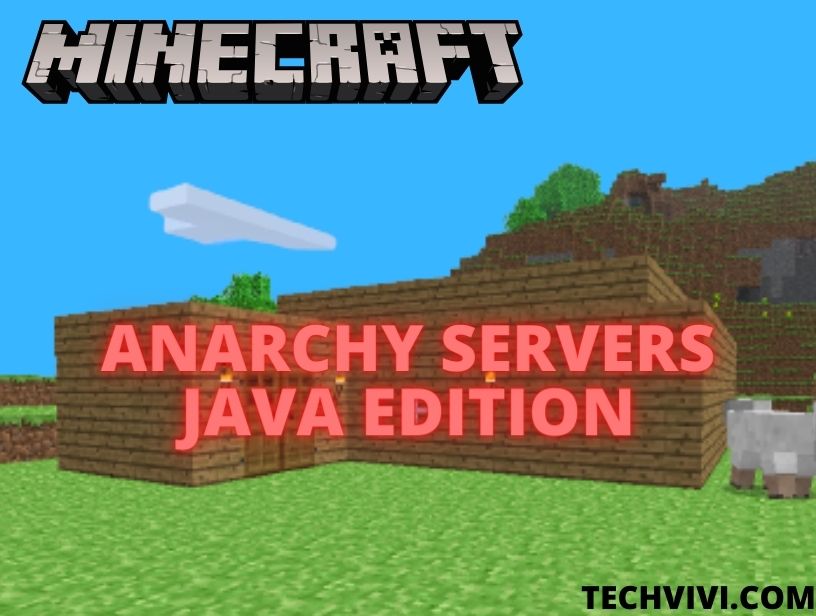 Minecraft Anarchy is an interesting social experiment. It has few rules.  Players can scam each other, grief others’ builds, and even use Minecraft clients. The best anarchy servers in Minecraft have long server history. A solid, tightly knit community that strives hard to make the server enjoyable for everyone.

Here in this article, we will highlight some amazing anarchy servers feature servers and civil anarchy-inspired servers (currently available) in Minecraft-

The king of anarchy 2b2t servers is the best server in the eyes of many in the Minecraft community. The server is synonymous with the culture at this point. This defines the genre altogether. There are no rules in it., It is the “oldest anarchy server in Minecraft” by the community. This server also features a big selection of some serious YouTube names who have claimed 2b2t as their home, including the likes of FitMC and Salc1. For players who want their feet wet in the world of anarchy servers 2b2t is an absolute must. The only problem with this server is the ridiculously long queue times in place due to its unparalleled recent success and popularity.

It is not a typical survival anarchy server like a player may expect. This is an anarchy-inspired Minecraft prison server. In this server, mechanics are drawn from the standard anarchy game mode. Few basic rules are present in it including no hacked clients. If you want a thrilling experience this server is the best. Players at the lowest ranks must find ways to make money and progress to the top of the ranks through leveling up. In this server scamming, griefing, killing, and raiding other players are all fair and acceptable.

Minewind is an anarchy server. It primarily focuses on the classic vanilla survival game mode equipped with several interesting twists. It’s different from other classic sandbox survival anarchy servers. It offers regular events, unique items with custom enchantments, and the ability to teleport and set homes. This server also has the concept of a player-based economy with their unique in-game currency called “deggs”.There are no moderators, admins, or helpers present in the game. Anything goes, except for their only rule of no modified game clients which can leverage cheats and other unfair advantages.

Purity vanilla is equipped with absolutely no gameplay-changing plugins, therefore, keeping things as unfiltered as possible. This server keeps the whole content and general economy structure up to its players to determine just like 2b2t. Purity vanilla utilizes Minecraft version 1.16. Purity Vanilla is the server that supports more recent gameplay mechanics and implementations.

It is an alternative to the classic 2b2t anarchy server.  Preferred for those who do not want to endure the wait of the huge queues caused by the recent surges in popularity of 2b2t. It offers a great community to 2b2t lovers. It also provides an official and active discord server with over 4,000 members to chat with while away from the Minecraft server.

Nether fortresses are one of the most valuable and beautiful structures in Minecraft. Almost every player’s dream is to visit the fortress. In this players can find blazes and kill them to get blaze rods necessary to craft the eyes of the ender, in turn, needed for activating the end portal. You can find these structures easily in Minecraft using pre-found seed. Before creating a new world, they must enter a seed to generate a world specific to that seed.

Here in this article, we list down some beneficial Minecraft seeds with a nether fortress at spawn. Apart from blazes, players can also get valuable loot like diamonds or build wither skeleton farms.

One main reason why players love nether fortress is withered skeletons. They have a low chance of dropping their heads, required for summoning the Wither boss. Because of the low drop rate, players prefer to build wither skeleton farms so that they can get loads of wither skulls. However, a lot of spawnproofing is required in this especially if the fortress is covered with land. They can use the mentioned java seed to get a fortress surrounded by lava, perfect for making a wither skeleton farm.

5)Spawn in village and fortress

This Java seed can be used for speedrunning as the overworld spawn point is close to a village. In this, a  nether portal activated in the village will spawn users on a nether fortress. After looting the fortress, they can head towards the north to stumble upon a bastion remnant.

6)Village and fortress at spawn

This seed is just like the last seed, but this is for Bedrock Edition. In this players will spawn in a plain village with three blacksmiths. Hopefully, they can get enough obsidian or diamonds for a pickaxe from blacksmith houses. In this village, a portal built there will spawn players close to a nether fortress.

The two topics discussed above ‘Top 5 Minecraft Anarchy Servers for Java Edition’ and ‘5 best Minecraft seeds for nether fortress’ have been curated here beautifully to help our Minecraft players boost their game. These are our thoughts on the above topics. For more such tech-savvy articles and information subscribe to Techvivi.

Minecraft Version – Java or Windows, which one is the best?