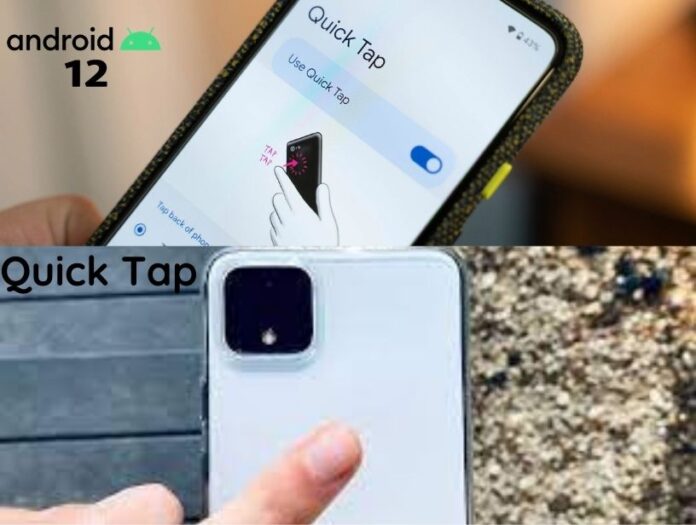 Nearly a year ago, it was reported that Google was working on a new feature for Pixel phones. Earlier, this feature was known as ‘Columbus double-tap back gesture‘. But now it has an official name. Moreover, this feature seems to be active for the pixel 5 units, but also some pixel 4a 5G models. Surprisingly, it isn’t available to all google pixel 4a 5G owners who have loaded this update.

This feature will allow a quick double-tap on the back of the pixel phone to perform a customizable action. Those of you who install Android 12 Beta 2 build on your pixel 5 handset. They will be able to take advantage of ‘Quick Tap’. For those of you who don’t know, ‘Quick Tap’ is the double-tap back gesture that has been rumored for a while now.

How to install Columbus double-tap back gesture?

If you want to  install the Columbus double-tap back gesture. You can follow the following steps:

You’re fine to go after you enable it. This action allows you to take screenshots by default. That, however, is something you can modify.

Most users will surely find Columbus double-tap back gesture feature interesting. Some of you may be disappointed that there aren’t more activities accessible for it. You will be happy to know that Google will soon release new features. You can take an action to fire up the flashlight as an example.

It is expected that some more features will be released. This feature is likely here to stay, as it finally became available with Android 12 Beta 2. We’re not sure if it will stay exclusive to the pixel 5, or will it trickle down to other Pixels.

This function will most likely be available on the future pixel 6 phone and Pixel 6 Pro, however, we can only guess. Android 12 Beta 2 was released recently, bringing a slew of new features. We’ve already covered a few of them on the site, and we’ll continue to do so in the future. The stable build is likely to arrive in August at some point.

Google has finally introduced the “Quick Tap” feature, formerly known as “Columbus,” in the second beta release of Android 12. Although it’s only accessible on the google pixel 4a 5g.

How to get unlimited Google Photos storage for life?