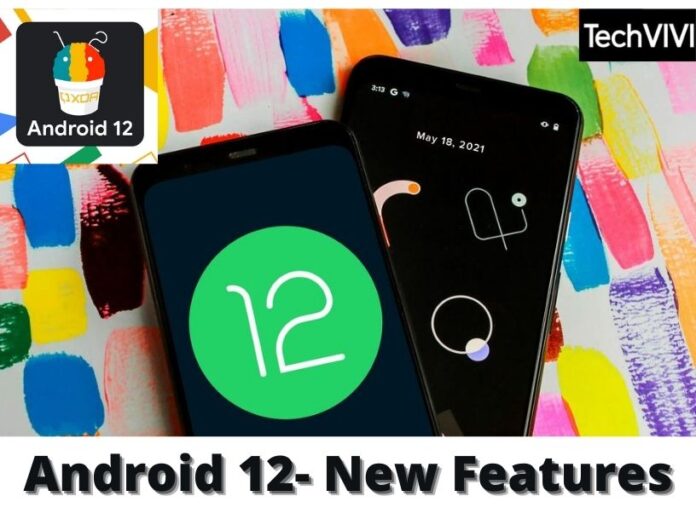 Android 12 – Google announced the changes coming to Android 12 at Google I/O earlier this week. As per Google’s next step in the evolution of Material Design, it was also unveiled with the Android 12 Beta 1. Utilizing a wide range of colors will help make Android a more personalized experience for the user.

It will gradually spread to other manufacturers’ Android skins, even though it will initially only be available on Google-branded smartphones.

In the Material You philosophy, the emphasis mainly combines existing and revamped Android 12 shapes with vivid colors. It will take time, and Google describes it as a “multi-year journey. It should eventually take on other platforms, including Wear OS.
Android’s Material You will use its wallpaper to select a set of color schemes automatically.

Material You should allow users to customize the appearance of third-party apps that comply with Google’s guidelines. It was in addition to system elements and pre-installed apps. Google notes that by sharing control over contrast, line height, and size, a contextually aware system that can tailor UIs more effectively than previously possible. By this, we can tailor a UI to meet the needs of each user.
Design for Android and almost all Google-design interfaces is set to be redefined by Google’s Material You philosophy. The changes will also eventually be there to Google’s web apps, just like Material Theme.

Up until now, significant manufacturers pushed the screenshots into the DCIM subfolder (Digital Camera Images). Since Google Photos’ backup service uploads every image in the DCIM photo, it would upload everything, including screenshots.

According to XDA Developers, in the preliminary revision of the Compatibility Definition Up until now. Significant manufacturers pushed the screenshots into the DCIM subfolder (Digital Camera Images). Since Google Photos’ backup service uploads every image in the DCIM photo, it would upload everything, including screenshots.

People who want their screenshots backing up can simply opt-in to select the new folder to be backed up, of course. The option is still in the Settings of the Google Photos app, under Back up & sync > Back up device folders, where one can select other folders to be saved in the cloud. Document (CDD) of Android 12, the text saying makers must keep screenshots to Pictures > Screenshots instead of the DCIM folder will be reserved for photos taken with the camera app.