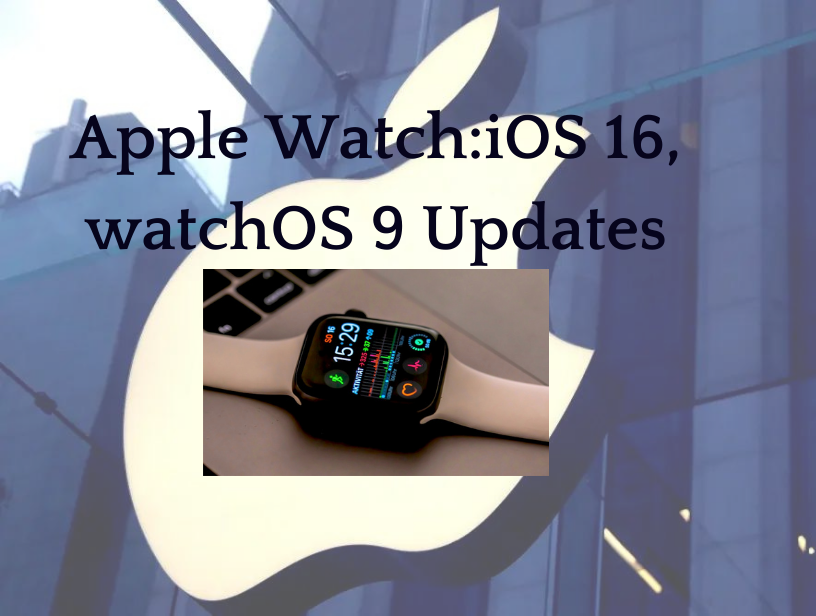 Reports suggest that Apple is expected very soon to announce iOS 16. iOS 16 is the next generation of iPhone software during WWDC 2022.  Apple Watch has Major Improvements worth knowing. The starting date of WWDC 2022 is June 6. WWDC is a Worldwide Developer Conference that will happen on June 6 2022. Apple is expected to announce about the next generation of iPhone software during the WWD conference. It will also announce other software versions of Mac, Apple TV, Apple TV and Apple Watch. The major part of the event will be about “major updates” in iOS 16 and the features of WatchOS 9. Bloomberg’s Mark Gurman has hinted about the event and said there could be something big in store for this year’s WWDC. These hints also include big changes in iOS.

Gurman, in a newsletter, said that the iOS 16 would come with significant enhancements. He shared that the update notifications and its health-tracking features got significant upgrades. Gurman also said that the update would not bring an end-to-end redesign in the iOS’ interface. The interface is more or less similar to iOS 7. He further said that the new iPadOS16 would also help in enhancing the multitasking capabilities between the iPad and iPhone.

The next important thing that the users are always curious to know is whether or not Apple’s new update will support older devices or not. For instance, the previous release of IOS was compatible only with devices supported by iOS 14. The early rumours around iOS 16 suggest that the software could support iPhone 6s Plus, iPhone 6 and the original iPhone SE. Right now, these are just rumours, and we do not have any concrete official news regarding this. However, the source of these rumours reported that iOS 16 supported devices for iOS 14 and iOS 13.

Coming to features of iOS 16, Bloomberg said that despite the lack of design, iOS would be ‘fairly significant. The major focus this year will be on notifications. The rumoured information around notifications is quite interesting because Apple has made several changes to notifications over the past two years. The introduction of features like Summary and Focus Modes is the proof. Rumours suggest that iOS may lay the ground for numerous AR and VR features after the launch of Apple’s first-ever mixed reality headset. However, Apple is not going to launch this new Headset anytime soon. It is scheduled to release later this year at the earliest. Therefore, we have to wait till June 6 to get more updates on iOS 16. However, it looks like that software got a modest update.

It looks like iOS has got subtle upgrades; makers focused more on the quality of the feature rather than trying to bring major visual changes to the table. Users are expecting to see Apple revamp notifications so that it makes it easier and clearer to get the latest notifications. Users are also expecting some changes in the home screen widgets, especially with regard to interactivity.