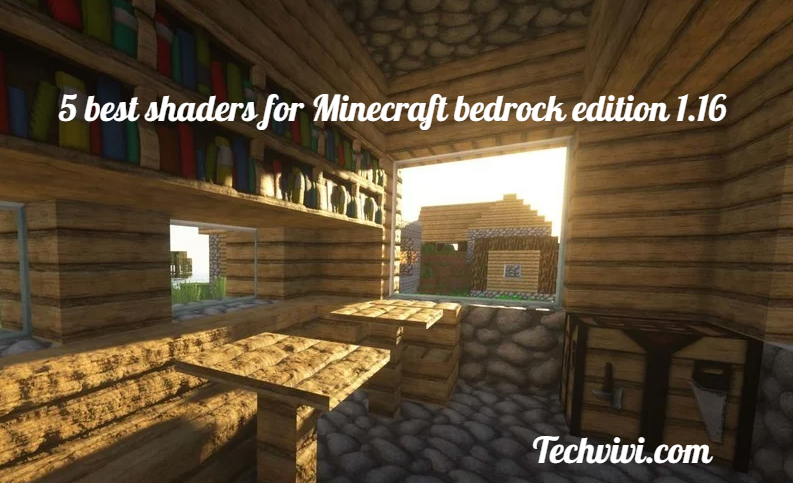 As the names suggest the shaders make the games more realistic using a different kind of shades. The shades of the Minecraft bedrock shaders vary from one to another. Each pack has slightly different features. Some shaders only include slight shadows, while others include motion blur, animated leaves, beautiful skies, and more.

You can use these shaders on Your PCs while playing games, Some shaders required fast speed PC but some packs are less resource-intensive, so even players with lower-end PCs can enjoy them.

Must read How to Download and play Roblox on Nintendo Switch? Is it free

5 best shaders for Minecraft Bedrock 1.16 that players can try out

Olesik Shader optimized in the way like the players having weak PC or computers can use it, In short don not required a very strong computer. The players who don’t have super powerful specs can enjoy the beautiful looks of shaders.

As the name suggests these Shaders specially designed for Minecraft PE Bedrock, but it is too good to not be included. Like Olesik Shader, the Reflex PE Shaders also designed for low-end devices. This pack includes colorful tone mapping, realistic shadows, beautiful skies, animated leaves, and beautiful sun and moon textures.

Shaderless Shaders required very few spaces because it is only 4 MB in size, so it will not take up much storage. You can use this pack on your device without worrying about the storage space.

ESTN Shaders is a powerful shaders pack that is just as beautiful as it seems. Due to how powerful this pack is, it is said that players with lower-end devices shy away from it.

ESTN Shaders for Minecraft Bedrock edition includes shadows that are better than ever, new cloud and sky render, new water renders, underwater distortion, foliage and water animations, better beacons, monochrome weather, twinkling stars and much more. There are also plenty of experimental elements that players can choose to enable or disable.

It can be hard for players to find a shaders pack that runs on both the Pocket Edition and the Windows 10 version of Minecraft Bedrock. Typically, packs only support one or the other.

Pisces BE Shaders is the fix for that problem because it supports both Pocket Edition and Windows 10 Minecraft. This pack can also be used by low-end devices.

So this was the list of best shaders for Minecraft bedrock edition, These shaders are based on the writer point of view, Further, there are many other shaders you can go through and depend on the choice of players.

How to Download and play Roblox on Nintendo Switch? Is it free