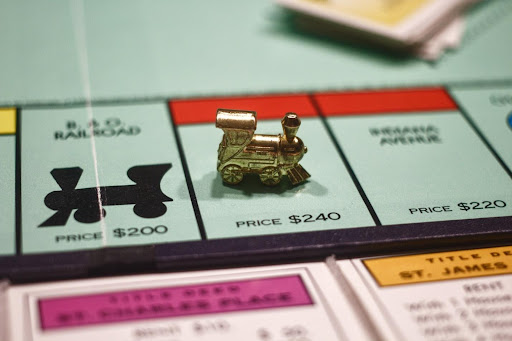 According to a report from Statista, the number of people playing video games has increased by almost a billion in a little over five years.

Of course, those numbers will have grown in no small part courtesy of the restrictions based on us by the pandemic, as people remained in their homes and found solace in online gaming. But rather than being a solitary activity, video gaming has become a social activity too. People have stayed connected with family and friends by playing video games online and even made digital games of their own, playing bingo via video chats, and more.

It all points to video gaming arguably replacing playing the physical board game when we’ve not been able to get together. However, now things are easing, and as we look forward to the holiday season, we might be able to all get around the table again. But if that fills you with fear because you’re normally the one who is out of the running first when the board games come out, why not get some practice in of a digital kind by playing some of the best video games inspired by those physical games.

We’ve compiled a list of three of the best to help you get to the top of the family gaming tree this Christmas.

This quiz game where people take turns in answering questions in six different categories to fill up their little ‘pie’ has long been a staple in many homes when families get together. First released in 1981, there have been so many different versions of the game; there have been movie tie-ins or games aimed at sports fans, the young player’s edition, and even a Disney version. But we prefer the original, so you can get some practice on Trivial Pursuit LIVE, which is presented on consoles in a gameshow style, bringing a new twist to the original concept.

This is one of the most well-known and most played board games worldwide, which moved into the digital era back in 1985 and has evolved with the times. After being first released on home computers in 1985, Monopoly then moved to the PlayStation and was brought to mobiles and multiplayer online gaming when Monopoly Tycoon was released, and its popularity stretches even further too. The online slots from Gala Bingo feature plenty of Monopoly imagery, including games titled Monopoly Hot Property and Monopoly Utility Trails. But amongst all the adaptions our favorite is, Monopoly for the Nintendo Switch. There are versions of the game available on the other consoles, but we find this the best version brought into the modern-day and one which you’ll enjoy playing the most ahead of getting together with the family.

We’ve chosen another classic board game title that is available on the mobile platform because well over 210 million people in the U.S. pick up a mobile device to get their game on. With 90% of those also choosing a smartphone to do so, it may be you could squeeze a game in before work, ahead of dinner, or wherever you are. This classic game of murder, mystery, and suspense is available on Android and iOS, has players figuring out which one of your fellow players committed the crime, where they did it, and with what weapon.