Cortana for Android and iOS gets a major update

Microsoft has announced plans for a big update to Cortana for Android and iOS users. The company is looking to bring an overhauled UI, the ability to join Skype or Teams meetings via Cortana, and new podcast and music connections as well. This is all going to roll out with Cortana version 3.0, but the company is first testing it out with a beta version rolled out for both Android and iOS users. Cortana version 3.0 beta is rolling out slowly, so not all beta testers will see it immediately.

Cortana version 3.0 brings a new UI for making Cortana more conversational and is also shifting set up and management of the voice assistant to a new place. The changelog states that Cortana also brings support for Spotify, iHeartRadio, and TuneIn, and allows users to set reminders, timers, and create meetings with voice commands. It also enables users to join Skype and Teams meetings just by simply speaking with Cortana. Furthermore, it also brings the ability to send emails by voice and manage calendar as well. 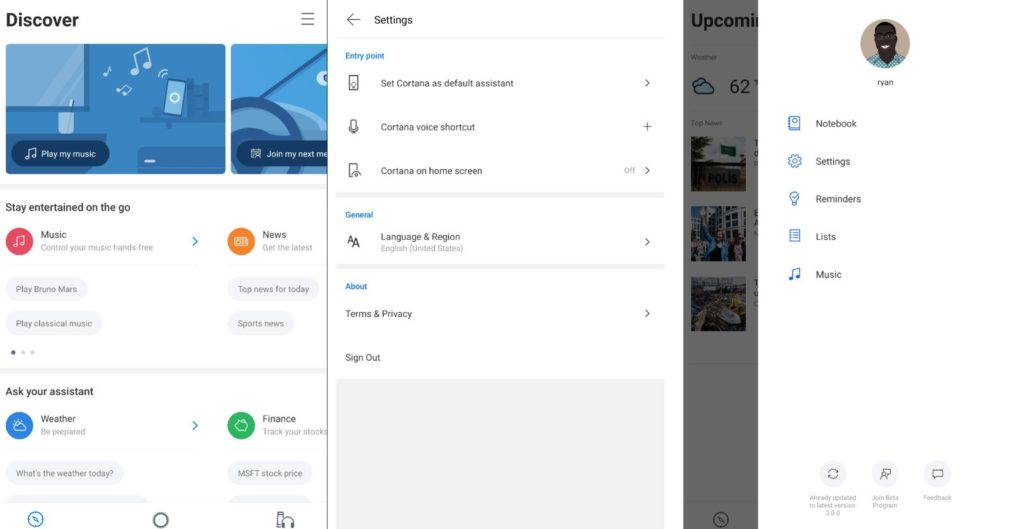 The full changelog (shared by Windows Central) is noted below:

As mentioned, only beta testers can get Cortana version 3.0 for now, and Android users must register to become beta testers on Google Play, while iOS users must register in the limited TestFlight program to experience the new Cortana right away. Not all beta users are seeing the update immediately, and it’s presumably because it’s a slow rollout and may take some time to reach all users. There’s no word on when all users on the stable app version will get the update, and these users will have to wait till all the bugs are ironed out for the commercial roll-out of Cortana v3.0.

Your band hasn't been getting together due to COVID? The good folks at upbeat music got your back. The upbeat music...
Read more
Apps News

It is not often that we see brand new product categories created but 2018 saw exactly that, in the form of Smart Displays. Curiously,...
Read more
Apps News

We are all extremely distracted by the endless reporting of wrongdoing by Facebook -- an almost daily happening.  As a result, we tend to...
Read more
Apps News

An insurance problem has forced Robinhood Brokerage to postpone its launch of a checking and savings account app in the U.S. The app has...
Read more
Apps News

Spotify teams up with Google to offer a free Google Home Mini to its "Spotify Premium for Family" plan subscribers in the US. This...
Read more
Apps News

Facebook is Publishing a redesigned version of Messenger Now that tries to place the attention back on your own chats. Following years of revenue-focused...
Read more