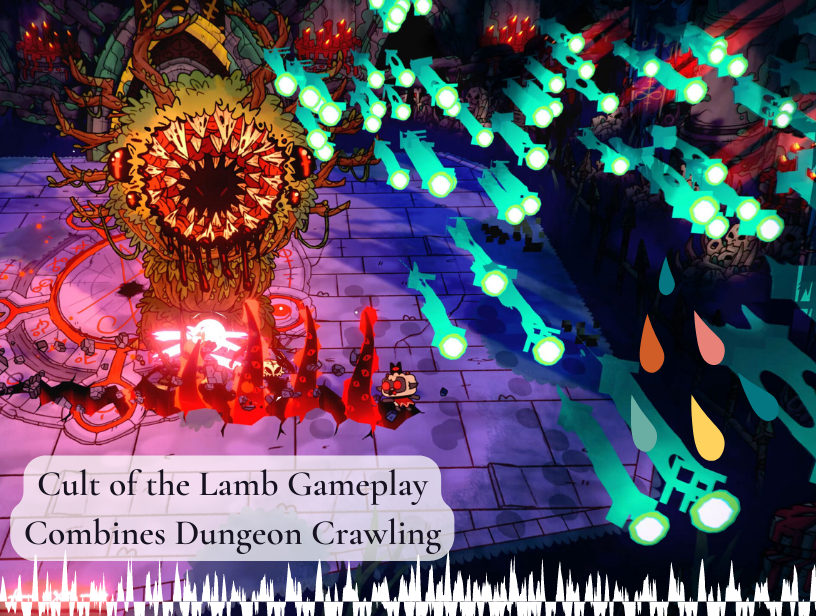 Cult of the Lamb is the new game entering the world of online gaming. Its debut on Gamescom last year is very intriguing. Recent news related to the game suggests that it is arriving super soon on PlayStation 5 and PS4 this year. The exact date of the release is not here. The Game Informer has got an exclusive gameplay video, which shows a 17-minute cartoonish video giving insight about the game. The video also features some firing questions at Julian Wilton the director of Cult of the Lamb.

Structure of Cult of the Lamb Gameplay

Talking about the structure of the game, it actually consists of some interesting combinations of things. The gameplay video shows that in one-half of the title you go out in the wilderness, and fight with monsters and bosses. In order to survive, you have to collect weapons to aid your run in the wilderness. While fighting you also have to collect your perks. The fans may find it similar to rogue dungeon crawlers. In the video, the second half of the game revolves around the search for followers. The follower finding part is an addition to find the titular cult.

The followers you earn, you can recruit them for work in your cult. It seems that the cult is a kind of settlement where you can return after the run. Between the runs and fights, the players have permission to return back to their cult settlement. The game in the later part turns out to be a sort of base builder, players along with other cult members need to gather resources and have to construct equipment and buildings for the settlement. The goal of the game is to improve your base, make yourself stronger, and earn more and more followers. Later the followers are recruited to help in the construction of the building. You have to go out of your settlement and do some crawling to bring back new followers and build yourself tougher and prepare yourself for the hostile world.

The structure of the game looks interesting. The concept of the game seems very promising, the idea of building a stronger and tougher version of oneself is a kind of practice we should do in real life too. In the gameplay video, the Moonlighter game was used as a comparison. The game informer founds a lot of similarities between the two games. The first half of the game is full of hustle and fight, with dungeon adventures.

The purpose is to make the second half of the game more peaceful. The algorithm of the game looks pretty good. The final comment can be made only after playing the game. Fans are hoping that the game proves itself successfully. The release date is not revealed yet, but it’s confirmed that late this year the game will be out for play.

The Nintendo Switch firmware has been updated to 14.1.0