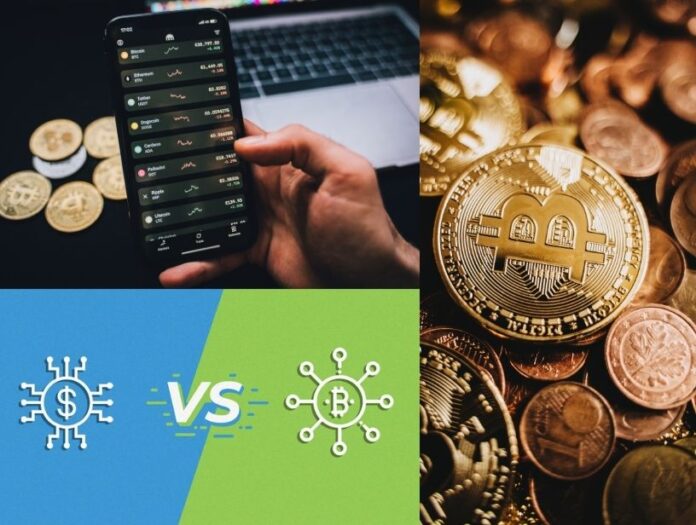 Nowadays we all are shifting from traditional wallets to digital wallets through digital transformation. A digital wallet holds digital currency as well as a cryptocurrency with advanced blockchain technology. Digital Currency or Digital Money is distinct from physical or coins. It allows instantaneous transactions and there is no border for transfer of ownership. The major benefit of digital transactions is the ease and the speed of making the transactions. Additionally, the users of digital payments enjoy more flexibility in making payments. Moreover, users need not worry about any risk involved. I know for beginners, it is difficult to differentiate between digital currency and cryptocurrency. Beginners first need to know What is digital currency and cryptocurrency? Let us begin.

What is digital currency?

It is the currency which is available only in digital or electronic form, and not in physical form. It is an open-source contactless transaction flow between two parties. Digital currency can definitely be used to purchase goods or services. Although there is a restriction on gaming sites, online gambling and social platforms.

People who don’t like to use their debit or credit card can use digital money. The transaction is very easy and secure. As you are already aware that digital payments have endless benefits from ease to speed of transaction. Moreover, it can help the country to reduce the grey economy. As digital transactions of money will reduce money laundering.

Cryptocurrency is really important. It helps you in a lot of things. It is used for fast transactions , digital, secure and worldwide, which in essence allow the maintenance of records without risk of data being pirated. Fraud is, actually, minimized.

As I earlier said, it is difficult to differentiate between both the currency. Here, I have listed the differences that will make you understand the real differences between them.

For instance, the value of digital currency is constant; it has no such noticeable change. So, for now, it is easy to deal for digital currency globally. Whereas, it is not the same for cryptocurrency, here the market is highly volatile. You can even expect a change while going for  a transaction. For instance, today the price of Bitcoin(BTC) is ₹ 26,33,938, it has changed ‑2.75% in only 24 hours. You can now think how volatile the cryptocurrency is. Additionally, It consists of potential risk without any extensive research before any investment or heavy transaction between two companies.

You will be surprised to know that digital currency requires a hefty amount of money for transactions. That means whenever you pay through your digital wallet you have to pay an extra amount of money. But in the case of cryptocurrency, there is no system of transaction fee in dealing. Because blockchain technology helps to reduce the expense as well as no extra commission for the third party agents. So, cryptocurrency is very useful for investors to deal with heavy transactions involving valuable assets.

For digital currency, centralized authority is the Reserve Banks. It controls the entire banking system of the respective countries. Moreover, banks have the authority to closely monitor the transaction flow for everyone whether it is for a digital wallet or a physical wallet. In the case of cryptocurrency, it is a decentralized system where there is no presence of a third party to have authority over the investors.

Some of the important cryptocurrencies

We all know that today’s world is all dependent on digitization. All in all, digital currency is a digital form of money that you cannot touch but can use it for several things. However, in the case of cryptocurrency, bitcoins are still illegal in some countries but it is expected that it will be legal in the coming years. Additionally, there are numerous advantages and types of digital currency and cryptocurrency, bitcoins, virtual currency are all parts of currency.