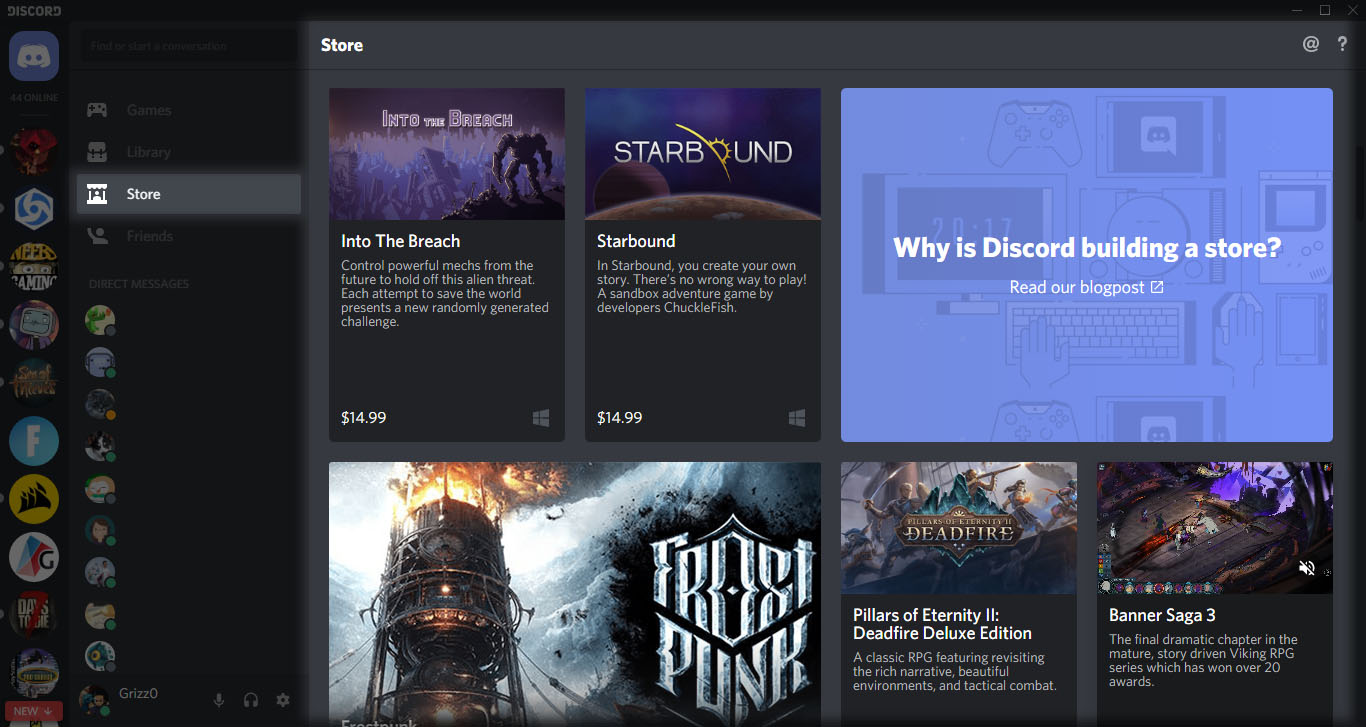 Discord, the gaming chat startup, announced that they will offer a revenue split of 90% in favor of developers on their “games store”. In Aug 2018, they announced that will be creating a games store and started a beta version of the store. Now, it seems like they are serious in luring a lot of publishers to their platform from competitors. In contrast, Valve’s steam store only offers a 70 percent to their developers. In Discord’s blog post on Friday, they took Valve head on.

With a lot of ardent fans waiting for a release date, the company opened the store to everyone in mid October.

As expected of any platform, each platform tries to tie in developers exclusively to their platform. While Valve holds strong relationships with major developer houses, Discord is starting to make a dent in the Indie developer space. It is not an easy battle but one that Discord seems to be ready to take on.

Key Stats: Discord has been on a bit of a run recently with healthy engagement numbers. Discord claims to have 200 million registered users with over 500 million messages sent on the platform every day.