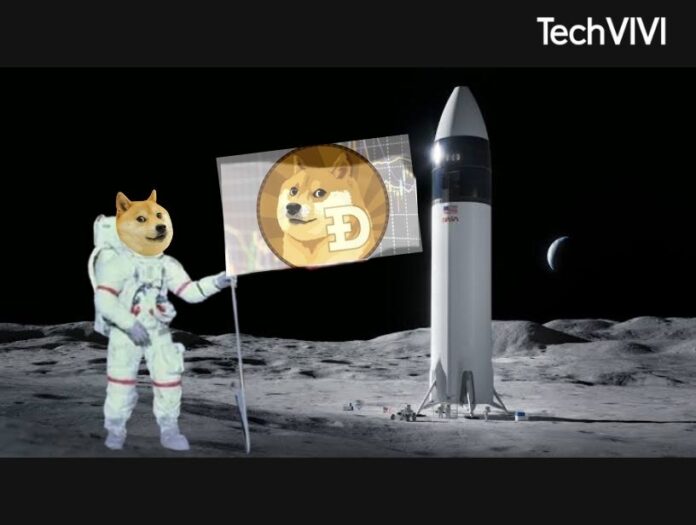 Elon Musk is sending Dogecoin to the moon! Dogecoin, a cryptocurrency, invented by software engineers Billy Markus and Jackson Palmer. They decided to create a payment system and have successfully mined Nearly 113 billion coins. It was initially a joke. Dogecoin uses a Shiba Inu as a mascot which is “an open-source peer-to-peer digital currency, favored by Shiba Inus worldwide,”. Its price first reached $0.10 on April 14 and was raised to a new high of $0.45 on April 16. Currently, Dogecoin is worth $0.50.

Elon Musk is sending Dogecoin to the moon?

It’s true that Elon Musk, CEO of, SpaceX is now accepting the cryptocurrency Dogecoin to launch an upcoming satellite called “DOGE-1” to the Moon. It was April Fools’ Day (April 11, 2021) but Musk was not joking. Musk tweeted on Thursday that he would put “a literal Dogecoin” on the “literal moon.” He used the word “literal”, as evidence to show that he was not joking. “We’re excited to launch DOGE-1 to the Moon!” said Tom Ochinero, vice president of commercial sales at SpaceX. Musk is an ardent supporter of cryptocurrencies including Dogecoin.

As Tesla Musk hosted the Saturday Night Live show on TV last weekend, Dogecoin, the fourth-largest cryptocurrency by market value and promoted by Musk fell sharply. The Verge reported that the DOGE-1 is a CubeSat to acquire “lunar-spatial intelligence” with onboard cameras and sensors. The satellite developed by Geometric Energy Corporation and will fly onboard a Falcon 9 rocket in 2022.

Dogecoin to the moon-Will this Happen?

No confirmation on Musk’s Seriousness. But Tesla has the potential to make it happen. Dogecoin has surged more than 659 percent this year. Trading platform Robinhood also crashed for cryptocurrency users. Tesla has invested $1.5 billion in the Bitcoin cryptocurrency. Dogecoin value rocked to $0.70 just after Musk’s announcement.