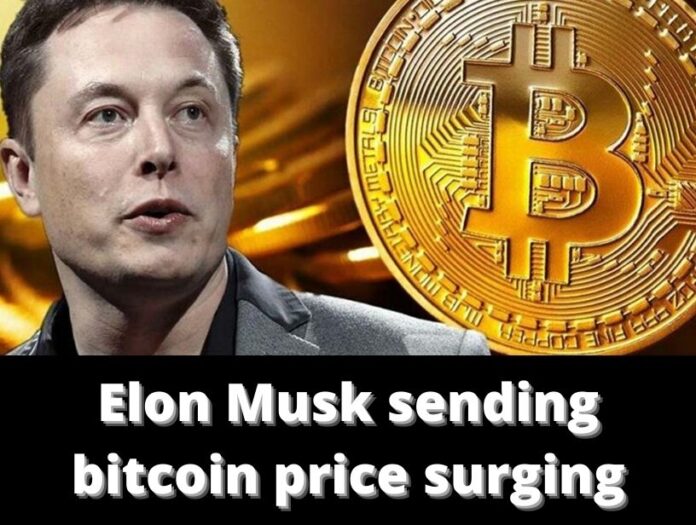 After the recent tweet made by Tesla CEO Elon Musk regarding the sustainability of digital coins. The bitcoin price jumped about 4% on Monday. According to Coindesk, Bitcoin was trading at 38,704(dollars).

On Monday Elon Musk tweeted on Twitter ”Spoke with North American Bitcoin miners. They committed to publish current & planned renewable usage & to ask miners WW to do so. Potentially promising”.Just after few minutes of this tweet, the price has gone up to more than $39,500.In the last 24 hours, the price has gone up by 17%.

After this tweet, Microstrategy CEO Michael Saylor hosted a meeting. The meeting was with Tesla Ceo and the miners of bitcoin who are behind the formation of the Bitcoin Mining Council for promoting sustainability.

Musk’s tweets play a big role in the rising and falling of prices of cryptocurrency. Musk has been the biggest supporter of cryptocurrency and digital coins including bitcoin. His viewpoints, tweets, suggestions, and comments regarding cryptocurrencies lead to fluctuations in their price.

In February Tesla revealed its one of the deal in its SEC filling. It brought $1.5 billion worth of bitcoin and accepted it as a form of payment. The company later said it registered a net gain of $101 million from sales of bitcoin during the quarter, helping to boost its net profits to a record high in the first quarter.

Tesla’s relationship with cryptocurrency changed later this month. Elon Musk tweeted on 12th May ”that the company ”suspended vehicle purchases” using bitcoin, out of corner over ”rapidly use of fossil fuels” for bitcoin mining.