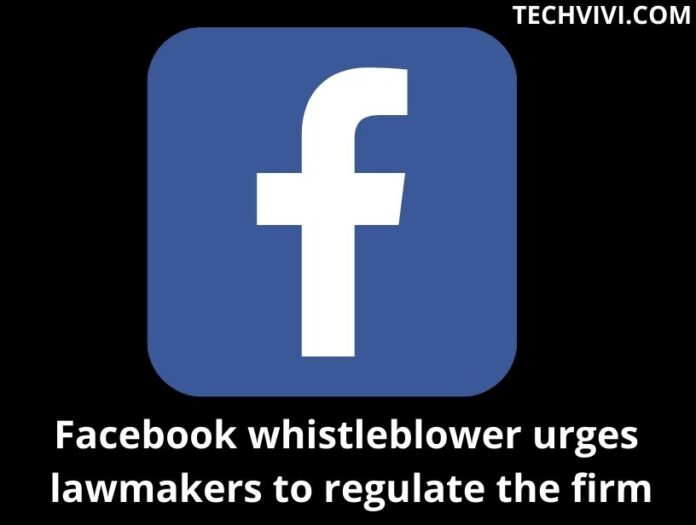 Some important and meaningful internal documents published by the Wall Street Journal (WSJ) recently claimed that Facebook allowed VIPs to break its rules. The agent or as you say the facebook whistleblower who brought that information to the spotlight is Frances Haugen who herself revealed her identity in an interview with 60 Minutes, as reported by the New York Times.

“I’ve witnessed a bunch of social networks but what I saw at Facebook is worse than what I had seen before,” Haugen told 60 Minutes. “Facebook every time gave priority to profit rather than safety”.

Haugen joined Facebook in 2019. She was working on democracy and misinformation issues. She also looked after counterespionage, according to a personal website and Twitter account. Then further she worked as a Facebook product manager and then eventually left the company in May.

She initially brought “tens of thousands” of pages of internal Facebook documents to Whistleblower Aid founder John Tye. She eagerly requested legal protection and help in releasing and furnishing the information. This whole getting the inside information process included internal company research, slide decks, cover letters, and more. She even filed a  whistleblower complaint with the Securities and Exchange Commission (SEC). In her complaint, she accused Facebook of taking internal actions that didn’t match its public statements.

In the SEC complaint, Haugen mainly showed the comparison between Facebook’s internal research and documents to public statements. She also talked about the disclosures made by CEO Mark Zuckerberg and other executives. This whistleblower even claimed that Facebook contributed to election misinformation and the January 6th US Capitol insurrection.

“The company has publicized its work to combat misinformation and violent extremism.”  ”Facebook already knew about its algorithms and platforms promoted this type of harmful content”.

The site allows for demeaning content because it promotes engagement. “Its research is showing that content that is hateful, that is divisive, that is polarizing, it’s easier to inspire people to anger as compared to intricate other emotions,” Haugen told 60 Minutes. “Facebook made a clear theory. The theory is that if they change the algorithm to be safer, people will spend less time on the site. She was closely in touch with SEC’s whistleblower office, which normally provides protection for corporate tipsters. Haugen even contacted Senators Richard Blumenthal (D) and Marsha Blackburn (R) for protection issues. She even spoke to lawmakers in France and Britain, as well as members of parliament.

Facebook, which has struggled to quell leaks of late. Preemptively pushed back ahead of the 60 Minutes interview. They called these statements and acquisitions false and misleading.VP for policy and global affairs Nick Clegg told CNN that Facebook represented “the good, the bad and the ugly of humanity” and that it was trying to “mitigate the bad, reduce it and amplify the good.” He added that it was “ludicrous” to blame January 6th on social media.

In one of the interviews, Facebook spokesperson Lena Pietsch said.“Facebook also disregards significant investments. We do keep people safe on our platform.” The company also pushed back against any claims. It was misleading the public or regulators. “We respect all our public statements and are ready to answer any questions and doubts users have about our services”.Facebook Whistleblower summary.Facebook Whistleblowers documents.Facebook whistleblowers testimony congress.

To add more here, Haugen is Facebook’s former product manager. She turned into a whistleblower (giving inside information ). She gave lawmakers an unfiltered look into the inner workings of the world’s largest social networking site Facebook.

Frances Haugen was intensely involved in Facebook’s civic misinformation team for nearly two years. She provided that information to the people which the company executives failed to provide.

Haugen claimed that  Facebook had not revealed the disturbing research about how teenagers felt worse about themselves after using facebook’s services. She also revealed that the company purposely uses hateful content on its site to keep users coming back.

Haugen said that “I’m here today discussing the flaws of the company. Because I believe Facebook’s products harm children and teenagers, results in division, and weaken our democracy as well.”The company’s leadership and policy talk about how to make Facebook and Instagram safer but do not do anything in this regard”.

The lawmakers stated that based on  Ms. Haugen’s testimony, and documents she had leaked regarding the company’s inside operations, we inferred that Facebook’s top executives had misled the public and cannot be blindly trusted.

On Sunday, the identity of this talented and intelligent whistleblower became public when she made a  personal website and appeared on it for 60 Minutes. Facebook was disappointed with this sudden revelation and told the whistleblower to back these allegations.

On Tuesday the chief executive officer Mark Zuckerberg addressed the whistleblower’s leaks for the first time. He claimed that such news coverage is definitely misleading and the main motive of such allegations is to demean the company’s image.

He clearly mentioned that it was completely “illogical” to say that Facebook would prioritize harmful content because advertisers on Facebook do not want to buy ads on a platform that amplifies hate and misinformation or any kind of harmful content.

“Don’t judge us on the basis of the false picture of the company that is being painted,” he wrote in a note to employees, which he later posted on his Facebook account.

Ms. Haugen also told about the dangers in the way where Facebook gives priority to posts based on how many likes, shares, and comments they generate, therefore giving importance to the false engagement that occurs with false, divisive, and agitating content.

Apart from the promotion of harmful and hyper-engaging content in the United States, Facebook’s engagement-based ranking system is “literally fanning ethnic violence” in places like Ethiopia, Haugen said.

Haugen significantly criticized Facebook’s focus on technology tools that detects vaccines and other misinformation. Facebook is “dependent on the artificial intelligence systems that they themselves say will likely never get more than 10 to 20 percent of the content”, she said.

Dogecoin Price Prediction: DOGE for a rally towards $0.30