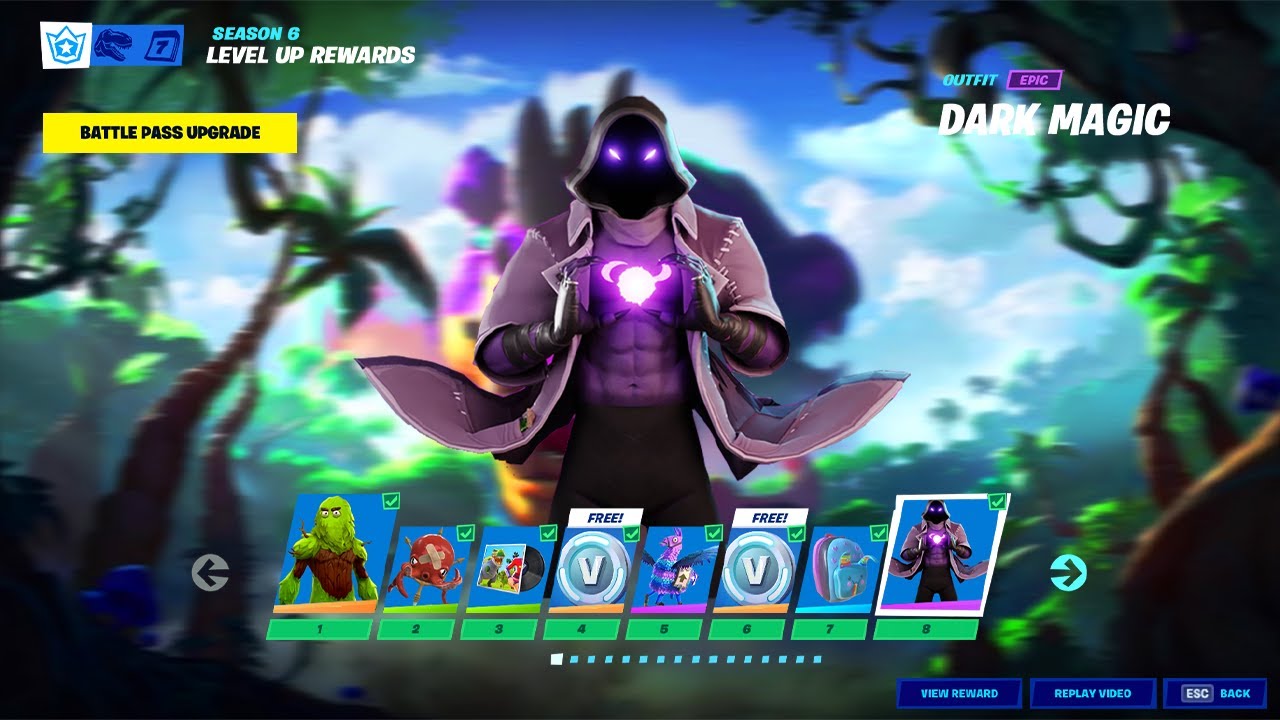 The release of Fortnite Season 6 is less than a week away. Amid the preparations of the release of the much awaited season of the game, the Internet has seen a lot of leaks related to the same. Today, we have managed to compile such leaks from the game for our readers. Fortnite Season 6 leaks include various aspects like:

Let us start with the first image of the game.

Above is the first glimpse of the new Fortnite Season. This was reportedly appeared on XBOX consoles.

When is Fortnite Season 6 releasing ?

As per the reports, the Fortnite Season 6 is said to release on 16th March 2021.

What’s mentioned in the official blogpost ?

The official blog post from the company mentions a few things ahead of the release of the game. These are mentioned in the article for our readers.

The aspirant gamers need to complete the previous tasks before entering the Chapter 2 of Season 6 of the game.

The blog post suggests that the players should finish Beskar Quests, complete Mando’s Beskar Armor, and unlock The Child Back Bling at Level 100.

The players should rank up their Battle Pass and unlock any post-Level 100 Crystal Styles they may have been chasing. This includes three glimmering styles for Reese, Mancake, Mave, Kondor, and Menace.

Also, if the players missed out on the Breathless Blades reward during The Hearts Wild Team Battles, completing Fishstick’s or Lovely’s Epic Quests before the season ends will unlock the pickaxe a few days after Season 6 kicks off.

Right after the video tweeted by the Fortnite official page, the speculations started doing the rounds that Neymar skin is possibly going to be added in the forthcoming chapter.

He’s given everything to the Order… and for what?

It all started with the above-mentioned tweet where people spotted a 10 number jersey which is owned by Neymar. Exactly after the post was tweeted, the soccer player was also spotted retweeting the same.

Wolves will be added later in the game as suggested in the tweet by a tipster about Fortnite Season 6 leaks.

So.. about this tweet. Take a closer look at the new teaser. 🙂 https://t.co/6GjVjuOBo9

Also, not to forget, the collaboration of Fortnite and DC comics is not expected to be seen in the forthcoming chapter of the game.

According to a social media platform called Combicbook, Fortnite Season 6 has some sort of game-changer. This is also seen in the popular ArtStation development account. Kuru sportswear is also one of the most popular leather hats in Fortnite. This skin is not popular abroad but is said to be directly related to the game. Twitter users can share posts about the leaked Season 6 Fortnite movie. Season 5 of the game ends on March 15, so season 6 will begin the next day. Also, the challenges of the 15-week game are also clear and I can list them here.

The major leaks from the new chapter of Fortnite Season 6 have been mentioned as clear as possible. Every hour new speculation arises about the game. We are trying our best to keep a close eye on the leaks of the much-awaited game so that we can bring about the best for our readers.

Keep following us for further updates.

Leave us your suggestions and queries in the comment section below.

If you find the article knowledgeable, don’t forget to share it with your family and friends.

How to enable WhatsApp video and audio call features on desktop