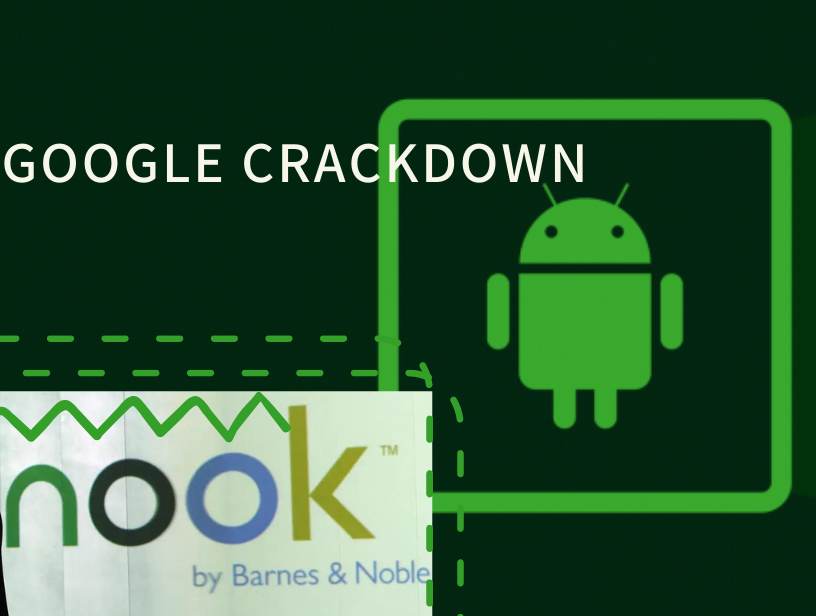 Now, the Google Crackdown states that Users of Barnes & Noble’s Android application cannot buy digital books through the app from the beginning of next week. Although, the Google Play policies restriction has been in the process for a long time.  It’s not just Barnes & Noble; the latest iteration of Amazon’s application now makes it impossible to acquire Audio titles using a debit or credit card.

Google’s desire that developers use Google Play’s invoicing infrastructure appears to have prompted the adjustments. Apple and Google have long been chastised for mandating developers. They are doing so to use their own billing systems, in part due to the so-called “app store tax” on many transactions.

Google clarified that specific sorts of in-app sales require the implementation of the Google Play billing system in September 2020. However, Barnes & Noble & Audible are now coming up with the modifications — that too at the last moment. Google has given a date of September 30th, 2021, & then allowed a six-month reprieve to March 31st, 2022 – which was yesterday. Both Audible and Barnes & Noble put the adjustments on Google’s restrictions, including Audible even directing to that September 2020 statement.

In terms of explaining Audibly and B&N’s decisions, Google representative Dan Jackson link to the website, “Knowing Google Play’s Payments policy.” Application that uses an external in-app billing mechanism need to delete them if they wish to comply with the Transactions policy.

Now the concern is What impact may it have on users? On a section on its site, Barnes & Noble claims that “the possibility to buy will get disable from the Barnes & Noble Nook Application. The Nook HD 10″ aims with Lenovo on April 4, 2022, also with the launch of NOOK Software Version 6.1.”

As per the help page on Amazon’s Audible, users will no longer get titles with their cards on the application. Furthermore, any additional Audible subscriptions that begin in the application after Friday. This will get a bill through Google Play rather than Audible. Users will always be willing to buy books with Audible credits in the app, and they can purchase extra credits there as well.

Users may be in confusion that why Google is imposing this only a week after announcing potentially significant policy shift. It is a trial program allowing businesses to employ their own pricing systems. Jackson tells out that trial participants must first offer Google’s scheme before adding their own.

Spotify is identified in a team of “a small number of engaged developers”. Audible spokeswoman Kamian Allen says that the business had no knowledge on its participation in the scheme.

Nintendo could be preparing to add new NES and SNES