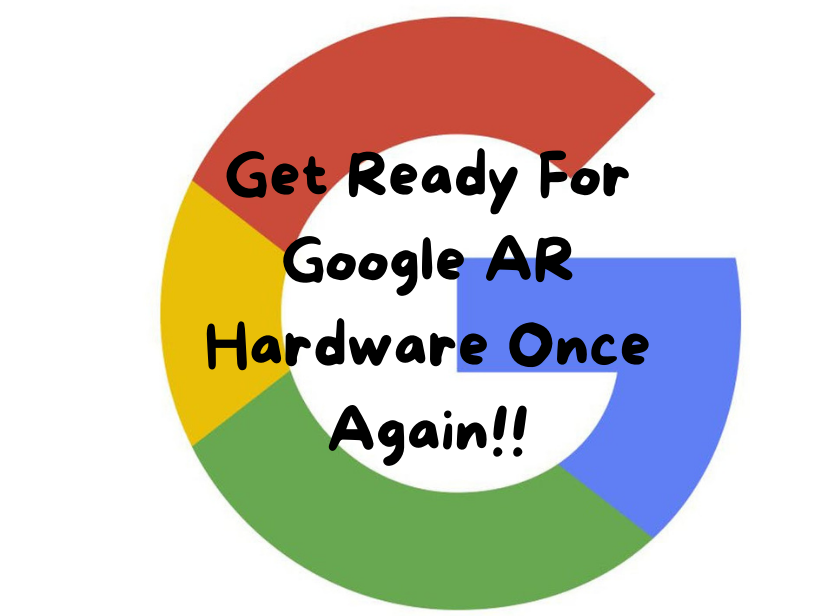 Previously in 2013, Google brings its Glass wearable gadget, which makes it an initiator in the market. User privacy is always a major worry at a time. That is the reason organization is forced to abandon its plan to concentrate more on the enterprise market. There are many other businesses launching devices that are comparable to Google Glass, such as Snapchat’s Spectacles and Microsoft’s HoloLens. Google Is Serious About AR Hardware Once Again and also decide that now is the right moment to return to the market.

As per the reports, Google is building a team to develop an “Augmented Reality OS” for “a revolutionary AR gadget.” This segment comprises Google/Devices Alphabet’s & Services group, which handles the company’s Pixel phones, Nest smart home devices, and other hardware initiatives. Google is working on a brand-new software to compete with Android, Chrome OS, and Cast. Instead of extending its mobile ecosystem, the business wants to create it for its big new strand of devices.

Mark Lucovsky, a high-profile executive who has done work at Oculus/Facebook, has recently join Google’s team. According to Android Police, Lucovsky is previously an employee of Google from 2004 to 2009. It has spent the last few years focusing on virtual reality and augmented reality at Oculus.

Google Is Serious About AR and As per the reports, Google is also attempting to fill many AR-Gesture positions with suitable individuals, and this is in the work following the new appointment. “Their team is designing the software components that govern and handle the devices on our Augmented Reality (AR) products,” according to one of the company’s job listings. The OS Foundations team is the first software team to work with new hardware as Google expands its AR offering.”

“As part of the team, one will be accountable for the entire camera device software for a unique AR gadget,” according to another job posting from the company. These moves only indicate one thing: Google is taking its augmented reality initiatives seriously. It is planning to assemble a team to lay the groundwork for all of its future AR projects. All these projects will include its own hardware.

People are more anxious about others using Google Glass to surveil them when they release it in 2013. This was a worry because these devices come with built-in cameras and completely ignores the form factor’s possibilities. One can only hope that the world is ready this time for augmented reality gear, whether it comes in the form of glasses or something else.

It’s unclear whether the Google Glass brand will be revived or if the business will abandon its originally perplexing – but highly far-sighted – AR branding. In 2019, the tech giant will introduce a Google Glass Enterprise Edition 2 headgear for enterprises, which will be the first step toward a second Google Glass attempt.

According to reports, Apple and Meta are working on AR glasses that are not too dissimilar to the original Google Glass prototype from 2013 — albeit with a far more advanced design.

Google’s first-pixel smartwatch may finally be coming in 2022