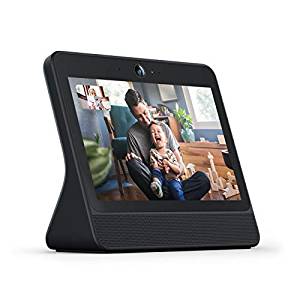 It is not often that we see brand new product categories created but 2018 saw exactly that, in the form of Smart Displays. Curiously, it was Amazon that introduced Smart Displays, with its Echo Show, in 2017. The unusual design of the Echo Show invited mocking comments from many. People wondered cynically whether a smart speaker needed a display, or it was simply a gimmick by Amazon. But customers came around to this new interaction paradigm with a voice first touch interaction model. This adoption was in no small way due to large format launches by both Amazon (Echo Show) and Google (Google Home Hub). There is no bigger reiteration of this new category than the presence that is is going to get in CES 2019 (starts on Jan 8th 2019).

Before we go further, if you are looking to buy one of these smart devices, then the nifty table below provide a good comparison of major smart devices in the market today. It is a condensed review of smart displays available today. If not, skip ahead to how Smart Displays evolved in 2018.

You might prefer to see your entire shopping list rather than to hear a line-by-line reading by Alexa. Amazon’s Echo Spot bedside clock, with identical features within a smaller design, came next. The Show and the Spot were other smart displays that were introduced in 2017. Yet it was left to Google to bring smart displays to the fore, in 2018. Thus, Google denied Amazon an early-mover advantage. In January 2018, Google announced plans to partner with such manufacturers as LG, JBL and Lenovo to introduce an array of “Google Smart Displays.” While Amazon pulled off a coup with Facebook Portal, Google seems to be on a more sound footing with relationships with multiple device manufacturers.

Not only did Google’s initiative result in an entirely new type of hardware category, it also took the rivalry with Amazon to a whole new level. Currently, we have smart displays in as many as five designs. Thus, a whole new popular product category arose from what people once viewed as a quirky novelty. People now differentiate Google’s Smart Display platform from tablets and phones. Suddenly, Amazon found itself at the receiving end of its own game. But if we know Amazon, we are in for a long hard battle.

By opting for many hardware partners, Google ensured that people could buy a Google Smart Display in many flavors. For instance, a Lenovo Smart Display boasts a sleek design that blends white plastic and bamboo. Greater emphasis on bass and sound quality, not looks, dominate the design of the JBL Link View. Similarly, Android phone buyers can choose designs that best suit their needs. If Google attains its aim, every kind of home can opt for a Google Smart Display with a novel design.

Google took the idea a step further, when it introduced the Google Home Hub, its very own version of the Smart Display. Where previously Smart Displays were bulky and attention-grabbing, the Home Hub was tiny and unobtrusive. If you needed a display that would blend in with your home decor, then the Home Hub, with its soft fabric finish and multiple color options, met the bill perfectly.

The Home Hub Scores over Other Smart Displays

People saw the value of smart displays with the introduction of the Echo Show and Spot in 2017. But everyone appeared to agree that Amazon’s Alexa had a superior screen. But all that changed with Google’s Smart Displays, with their step-by-step instructions for recipes, and maps for directions, augmented by follow-up query suggestions that appear at the bottom of the screen. Google also brought back YouTube integration, introduced (and nixed) earlier on the Echo Show, clearly an attempt to promote its own products.

Owners of the Echo Spot found it a bit creepy to have a camera by their bedside. People experienced the same creepy feeling with Facebook’s video-chat focused Portal, whose camera followed one around one’s room. The Echo show and other large format smart displays find better place on tables and desk tops. P.S. Portal is the first and ONLY non-Amazon smart display that works with Alexa. Similarly, Lenovo Smart Display is the only smart display that works with Google Assistant.

Vast improvement over the 2017 Echos

A cooking guide, coupled with richer graphics, on the Home Hub caused Amazon to introduce the 2018 Echo Show which also had offered its own video streaming options.

Where once the smart display was considered a curious tech gadget, people have begun suddenly to consider it a part of their lives. It makes a great companion on your desk or counter top while working. It is great for multi taskers whose hands are busy, either typing away on your laptop or cooking in the kitchen and need to access information quickly. It is truly a design paradigm that finally makes sense for a voice + touch interface. Smart displays are also great for