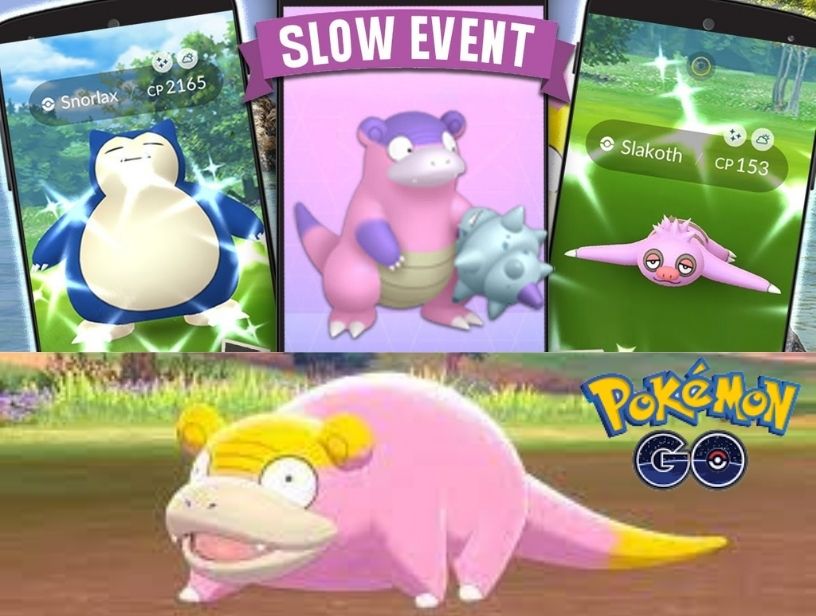 The wait is over gamers! Pokemon Go is celebrating a new event for the Slow family. And it looks like trainers are going to have a great shot to catch shiny galarian slowpoke. Galarian Slowpoke in Pokemon Go, is one of the Water & Psychic-type Pokemons which is weak against Ghost, Dark, Electric, Grass and Bug moves. Moreover, Slowpoke catches prey by dipping its tail in water at the river’s edge. However, this galarian slowpoke usually forgets what it’s doing and spends entire days relaxing by the water’s edge.

Galarian Slowpoke has been the a topic that has recently attracted a lot of attention. This is not only well-known as one of the original 150 Pokemon, but it also has a new Galarian form in Pokemon Sword and Shield. Slowpoke is the focal point of the Very Slow Discovery event, and fortunately, both galar slowpoke and kanto slowpoke will be available.

This type of Slowpoke can be caught in a different method as part of the A Very Slow Discovery event. The first and majorly used approach is to look for One-star raids. The second method is by completing the limited research activities that comes along with the “a very slow discovery” event.

Galarian Slowpoke is weak against Bug, Dark, and Ghost-type moves and its attacks get strong by Windy weather. Galarian Slowpoke is a Psychic-type of Pokemon that has a record of 109 attack, a defence of 98, stamina of 207, and a max CP of 1386 in Pokemon Go. The galarian slowpoke best moves are Confusion and Psychic with 8.59 DPS. Here, are some more best galarian slowpoke moveset:

Moreover, Slowpoke has a one-of-a-kind evolution requirement, which is very important and worth mentioning. You must have 50 Slowpoke Candy and catch 30 poison-type Pokemon when Galarian Slowpoke is your Buddy Pokemon.

In the raid, there is no way to catch a Mega Evolved Slowbro. In fact, in every mega raid boss you can catch the boss from his or her base form. And that’s why the CP range for a normal Slowbro is used. A regular slowbro with 1382-1454CP stats at level 20 can be acquired, if there is no weather boost. It can be gained at level 25 with 1728-1817 CP and Rainy or Windy weather enhancement.

While Generation I followers will certainly enjoy this event. Moreover, younger fans may be interested in Galarian Slowpoke. That, too, will be accessible as another Raid boss as well as a fieldwork reward. However, it can only evolve into Galarian Slowbro for the moment future.