Home Apps News How WhatsApp messages can identify you 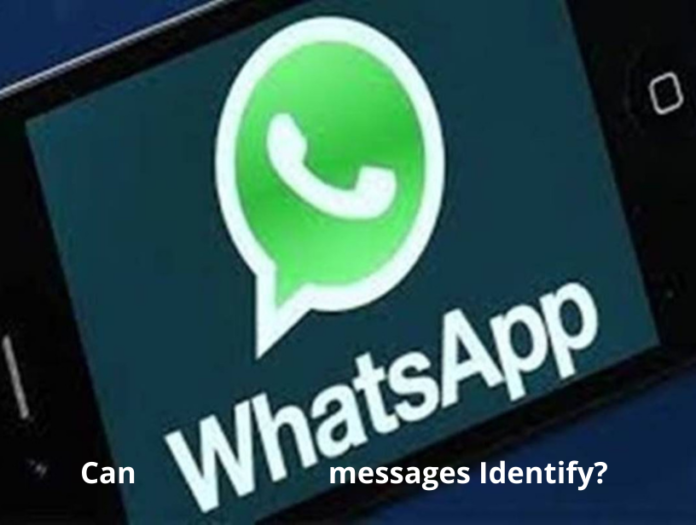 In an experiment that illustrates the necessity of maintaining privacy, a group of researchers comes up with an algorithm for Whatsapp messages. This algorithm will extract personal information from anonymous interactions.

What does our digital footprint look like? We are aware of the footprints we leave on social media and when we share stuff on other websites. However, we alter this relevant content on who will be viewing it and the impression we like to project. Facebook owns different Platforms for instant messaging, such as WhatsApp, which is a different story. “In Whatsapp messages, to some extent, you disclose more information in the manner you use language,” says Timo Koch.

Koch and his colleagues evaluated over 300,000 Notifications and trained an algorithm.  to determine the authors’ age and gender – an experiment, he claims, that demonstrates the significance of safeguarding privacy in these environments. Koch emphasizes that “end-to-end encryption is a vital initial move. “But, more importantly, people must know the platforms that are accessible. They should send warnings if data is not safe,” the author comments.

Koch and his study team are anxious because social media platforms are increasingly favoring private message environments.“Facebook is a platform that where the core is conversations, and they’ll most likely want to use the data,” Koch says.“So we should have a conversation about a manner to guard the one’s communications and make sure that they have been virtually personal if they are classified as such.”

How many messages do we have to be familiar with? It relies on which stage of the process we’re talking about. Koch and his colleagues based their algorithm on the findings of the study What’s up, Deutschland?, which looks at 451,938 WhatsApp messages between 495 German volunteers. The experts are left with 226 subjects, 309,229 messages, and 1,949,518 words after screening out cases. In this demographic characteristics are not present and exchanges are just too brief.

Similar research that are using social networks as a news source relying on enormous text. The samples of tens of millions of words by tens of thousands of volunteers to conduct their analysis. While the volume of data in the WhatsApp study is somewhat lower. The nature of the data and the way we express ourselves in these private chat spaces make up for it. As per the experts, “the fact that we only have a small amount of data and our forecasts still work” shows what could they do. Our findings should be in regards to the beginning point, according to the research team.

After completing the algorithm, a trial of roughly 1,000 words was adequate to get an age and gender classification. The researchers calculated this figure by counting the number of words in a moderately busy conversation between two people. The result is that three days of conversation contain only about 1,000 words on average. Nonetheless, the team notes that the findings’ potential would have been much bigger with a larger database. “We need some more familiarity if we integrate a personality profile or other aspects,” Koch adds, “because there are definitely major differences,” “Making a forecast will take less than two seconds if you have a decent model.

How to Stop hackers from reading your WhatsApp messages?

Can Whatsapp messages Identify You?

This distinguishing proof is conceivable in light of the fact that our method of putting ourselves out there on WhatsApp reacts to segment designs. As indicated by the substance of What’s up, Deutschland? more youthful clients will, in general, utilize more emoticons and all the more often articulate their thoughts in the main individual, a trademark which has as of now been seen in the investigation of content available on different stages and which appears to affirm that we become less individualistic with age.

Koch doesn’t preclude the likelihood that, over the long haul, there have been little changes in the way we articulate our Whatsapp messages.  It is in discussion since the substance of the dataset which he utilizes in his investigation is assembled between November 2014 and January 2015. Configurations like stickers, fusion is also there in 2018 – regardless of previously being accessible in different applications, like Line – and direct admittance to gifs, might have presented certain varieties.

In any case, getting to a bigger and more state-of-the-art group of messages is difficult, basically in the scholarly world. More extravagant and later wellsprings of data would permit, for instance, more complicated investigations of clients’ characters and would consider analysts to concentrate the amount more genuine we are in private messages than in what we share on informal communities as per various societies and public settings.

One more limit on examination past English-communicating in nations is the language factor. It implies that a large portion of the instruments accessible is in this language.

Considering what we know, would it be advisable for us to control what we say on private informing applications? As indicated by Koch, it relies upon how much significance we provide for security and the amount to comfort. There also are different feasible answers, such as [instant information service] Signal, which is likewise encrypted that doesn’t have an agency helping it that has a private hobby withinside the data,” he explains.

How to migrate WhatsApp chat from iPhone to Samsung phone