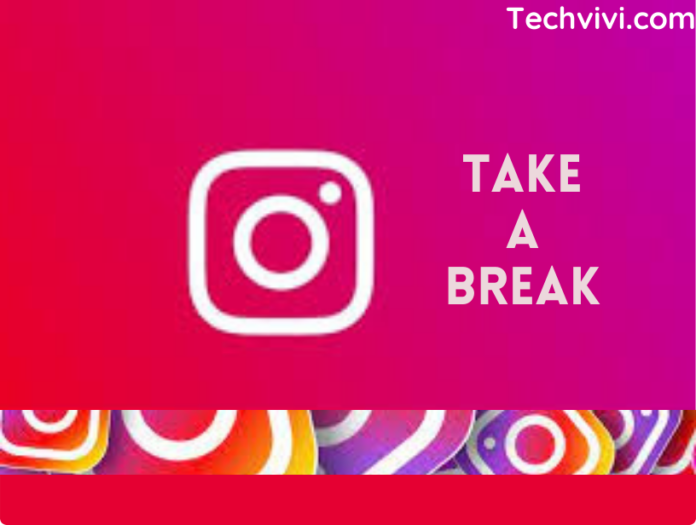 Instagram is experimenting with a new “Take a Break” tool that reminds users to take a break after a fixed period of time on the app.

Instagram’s CEO, Adam Mosseri, revealed the long-awaited tool’s test on Wednesday. The company intends to test the feature before rolling it out to the whole public depending on user input.

“This week, we began testing a new feature called “Take a Break”. This opt-in control allows you to receive in-app break alerts after a predetermined period of time. I’m looking forward to delving into the findings and launching this in December “Mosseri expressed himself on Twitter.

When a user uses the tool, it encourages them to take some time away from Instagram after a certain amount of time on the platform, such as 10, 20, or 30 minutes, as Mosseri said in an official video.

This is “part of a larger attempt to give individuals more authority over their Instagram experiences,” according to Mosseri.

“At the end of the day, you know what is best for you in terms of how you utilize the app.” And we want to make absolutely sure we give you the tools you need to make Instagram work for you,” he added.

According to Mosseri’s video, a reminder will appear on users’ feeds during the experiment.

Additionally, users will be asked to select the time period after which they’d like to see notifications to “take a break” when they enable the function.

After they’ve spent the specified period of time on the app, a notification will appear with a list of options like “take a few deep breaths; write down what you’re thinking, listen to your favorite song, accomplish something else on your to-do checklist.”

According to Mosseri, Instagram consulted third-party experts for help on what ideas to offer and how to portray taking a vacation.

The Wait Is Over: Messenger API for Instagram Is Now Available to All Developers