Home Business McSus – Among Us McDonald’s Chicken Nugget shaped like video game ‘Among... 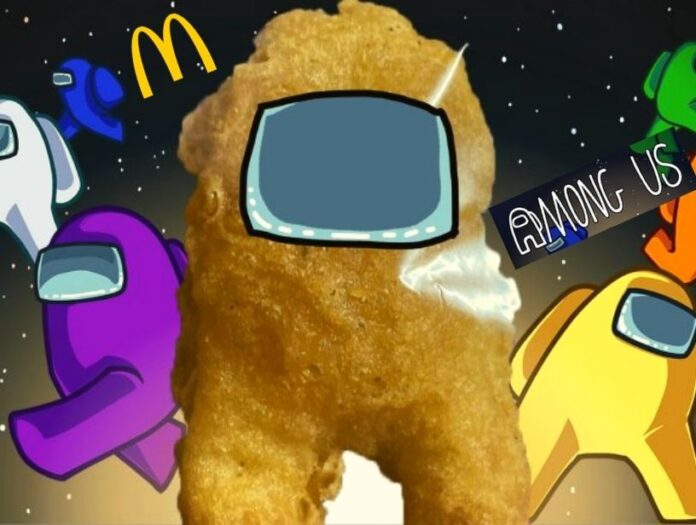 One can be surprised to know that a McDonald’s chicken nugget shaped like a crewmate from Among Us has been auctioned for approximately $100,000. On eBay the Chicken Nugget was available for $99,997 (about £70,800). The auction ended with 184 bids on Friday.

Among Us shaped McDonald’s Chicken Nugget

According to eBay, “Items will be Frozen and then Air sealed to ensure freshness with a secure shipping method,”. It added, “This food product has an average expiration of about 14 days and will be delivered prior to expiration.”

Seller named Polizna explains that the nugget is from a BTS Combo meal. Moreover, he will ensure that it will be delivered frozen and air sealed to ensure freshness, despite a 14-day expiration period. Polizna also added that they will ship the nugget along with a packet of the infamous McDonald’s Szechuan sauce at the buyers’ request.

Although the bid started with 99 cents, very soon the auction reached 184 bids. Moreover, the Chicken Nugget was sold at $$99,997 which is nearly $100,000. It is surprising that Among Us started as a video game and was started for mobile devices in June 2018 and for PC in November 2018. It aims to encourages players to collaborate or deceive each other in an online murder mystery. According to research firm Nielsen by far it is the most popular game ever in terms of monthly players”. Innser Sloth, the developer, released a Switch version of Among Us in December 2020 by developer that is featuring cross-platform play. The title is available through the Epic Games Store and Xbox Game Pass for PC.

It’s the latest surprise sign of Among Us’ success. As the social deduction game climbed from unknown to become one of 2020’s most popular games. Now it has around half a billion active users and the power to improve events.

China Censored Friends Reunion along with the appearances of BTS, Lady Gaga, and Justin Bieber