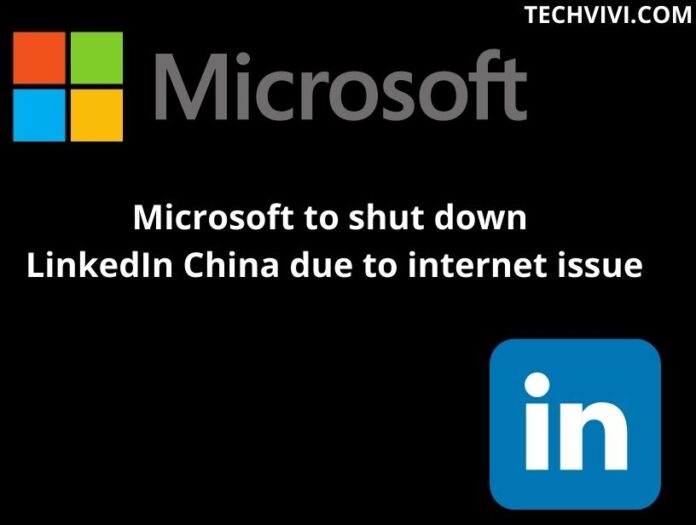 On Thursday, Microsoft announced that it will shut down its local version of LinkedIn China due to censorship of the internet in China.

This site was earlier the last major U.S.-operated social network that is still operating in China. China has some of the strictest censorship rules.LinkedIn is the newest website that they have banned in their country. Google the largest search engine itself shut its operations in 2010.

Microsoft justified that it will shut down LinkedIn due to a “significantly more challenging operating environment and greater compliance requirements in China.”In compensation for this Microsoft promised that it will launch a specific job search site. But that site will not have the features available on Linkedln.

This news became the topic of discussion after a Chinese internet regulator told LinkedIn in March to better moderate its content and gave it a 30-day deadline.

Apart from Linkedin last month, the company carefully blocked several U.S. journalists in China, citing “prohibited content” in their profiles. Apart from this the profiles of various academics and researchers have also blocked due to some issues. Microsoft shutting down china.

As per the data from research firm Statista, China is LinkedIn’s third-largest market. In July, Microsoft CEO Satya Nadella said that company contributes about $10 billion in annual revenue in China. To add more here Microsoft acquired LinkedIn in 2016 for $26.2 billion. China is already facing some issues with the US regarding various things after the outbreak of the pandemic and this site ban adds to this. Linkedin censorship.