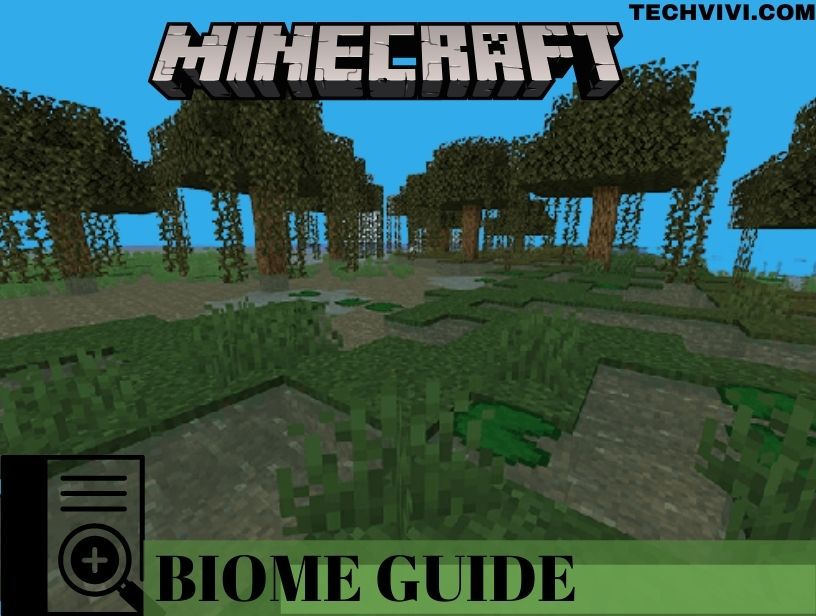 Minecraft Biome are difficult to find. Here’s what you need to know about the game’s warm biomes. The guide provided here focuses on the Bedrock version of Minecraft, available on Windows 10, Xbox, PlayStation, Switch, and mobile.

Some of Minecraft’s warm biomes are difficult to find and can be pretty unforgiving. Deserts are still easily available but Husks–desert zombies–don’t burn up in the sun. As beautiful as the badlands can be, they’re all but empty.

These are Minecraft’s Biomes-

These are very rare biomes that feature jungle trees, the trees that can grow as tall as 31 blocks, as well as very short trees built around a single block of jungle wood as a trunk. There are quite a  few biome-specific elements present in the jungle. As far as animals are concerned, you can find ocelots, parrots, and pandas, all of which generate exclusively in the jungle biome. You can also find rare jungle temples. This is one of the most common variants in the bamboo jungle, less dense, easily renewable, a must-have for ambitious builders.

Deserts are –sand and cacti. No trees and greenery present here, just dead bushes and cacti.  Rabbits spawn in the desert, unlike other biomes and they’re a golden hue to match the desert around them. This biome also has its personal hostile mob, the husk. The specialty of husk is that it is a zombie-like mob that doesn’t burn in the sunlight and, if they successfully attack you, will apply the Hunger status to you, rendering your food ineffective. In this biome, you will also find desert villages, wells, and pyramids/temples.  No rain or snow is likely to witness in desert biomes, even if it’s raining in a directly adjacent biome that does allow rain.

This biome is the same as a desert except there is little in the way of flora or fauna. Here Cacti and dead bushes spawn. No passive mobs are there –not even those adorable desert rabbits. This biome is very rare and usually bordered by a desert. Mineshafts are easily available in these biomes, and gold is also found more frequently here as compared to other biomes. The primary blocks for this biome are terracotta and red sand, both of which can be found in great supply. Since it’s a desert biome, don’t expect to find any rain or snow here.

Few variants of the badlands biome.

If compared to deserts and badlands, Savannas are downright lush. This biome is covered in brown grass and acacia trees, dropping a unique orange-colored wood. A variety of passive mobs, like llamas, horses, and cows can generate here, as well as villages and pillager outposts.

This is the well-curated- list of amazing Minecraft Biome for enriching your experience in the game. The list and information here are based on the personal experiences of the gamers. I hope you liked this article on Minecraft Biome. For more tech-related stuff subscribe to Techvivi.

VPNs for Beginners: Everything you Need to Know