Home Technology News Minecraft for kids: A guide to safety for the parents 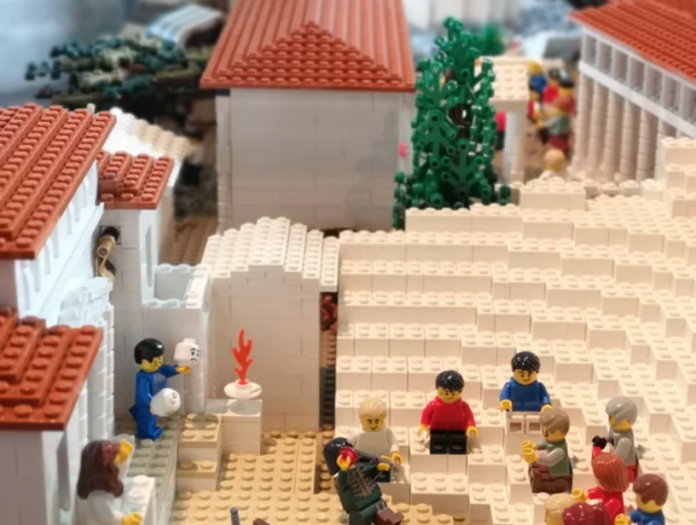 Minecraft for kids: There has never been a video game with more sales than Minecraft. The game continues to be one of the most popular, especially among children, almost a decade after releasing its first version. Nevertheless, many parents do not understand what the game involves, the dangers it may pose, and the length of time they should let their children play it.

Playing Minecraft is an invaluable resource for supporting and educating children, and we are aware of its potential children. But given the concerns over screen time and online risks, Minecraft can be an especially tricky subject. To help parents understand what Minecraft is about, we have created th It has been written before about how Minecraft can lay the foundation for a career in children.

Minecraft was created in 2011 by Mojang and is one of the most influential games of all time. There are spin-off games, annual conventions, and millions of players. How can you ensure that your child stays safe when playing Minecraft in a world dominated by video games?

The purpose of this helpful guide is to lay out everything you need to know about the video game, so you can be sure your child is safe, fun, and having fun online.

What is Minecraft all about?

Most video games have a plot or objective, such as rescuing a princess or defeating the ‘bad guys’; however, Minecraft is unlike these games, as there is no story to follow.

There are no prompts to explain what to do, such as “find it here” or “go there,” so you are left to figure out what to do on your own.

It is known as a ‘sandbox game’ because it gives the player complete creative freedom. Minecraft’s entire world is there from 1*1 3D blocks, including grass blocks that make up the ground, tree trunk blocks stack up to form trees, and even rivers and oceans full of water.

The player can break these blocks and accumulate them to construct houses, castles, and other structures around the world. In this sense, “mining” consists of physically mining for coal, iron, and gold.

In Minecraft, what do kids do?

There in Minecraft, worldwide, there are no storylines or objectives. There is no supervision of kids at all. It doesn’t matter whether you build a small homestead to farm and trade with villagers (computer-controlled characters that inhabit the world) or build the most prominent structure possible.

As your character’s health bar can be damaged by falling, being attacked by random enemies, or forgetting to eat, the game is a survival experience.

Keep your health up by being aware of your surroundings and eating food (including apples from trees, vegetables you’ve grown from seeds, and food you have crafted from wheat, as well as meat from the animals you encounter).

Players typically choose between creative and survival options. Kids may choose to ignore the game’s survival elements (which can be in control through the game settings, such as turning off enemies and the health bar) and simply use the game to make things.

Images of gigantic structures built in the game have been visible online, such as recreations of famous sights or fictional settings, or even designs created entirely by the builder’s imagination.

The survival elements of the game, however, attract other kids. Most players chose to start this way by using the materials they find in the area before nightfall to build a shelter.

A detailed ‘How To’ guide is available on the official Minecraft website to help beginners.

Minecraft is suitable for children of what age?

As a game that is not overly violent or hard to learn, Minecraft usually recommends kids ages eight and older. For many children, it was their first experience playing online video games.

The only thing you’re asking for when setting up an account is your birthday. When you are under the age of 13, some aspects of the game are in the lock. It includes purchasing items in-game.

There is, however, a minimal game elements chance that a child is not aware of these restrictions and will choose a birth year they will have full access to.

The game has several settings that can adjust to help you create a comfortable experience for your child. It includes changing the difficulty to prevent monsters from appearing in the world and even turning off the health bar so your child won’t die.

Does Minecraft pose a safety risk to children?

Some parents are concerned about letting their children play unsupervised video games, especially unfamiliar with the titles. Because game ratings do not specify the level of violence, this is understandable.

On the other hand, Minecraft is there as child-friendly and with cute monsters rather than scary ones.

The nighttime and the sound of unseen monsters are scary aspects of the game (with zombies moaning stereotypically and skeletons rattling). But this can easily fix by turning down the audio.

All children have different limits and find other challenges or scary things. It is not generally believed that Minecraft is threatening or overly violent. Still, you are the one that knows your child’s limits. So you should be able to determine whether Minecraft would scare or challenge your child.

You can either play Minecraft for kids for yourself or be with your child when they are trying it for the first time to see how they react.

What is the cost of Minecraft?

Playing Minecraft on your home computer, game console, phone, tablet. People are purchasing Minecraft, like most video games. Even your Amazon Fire TV is a great way to enjoy it as Minecraft for kids is cross-platform.

Depending on which platform you choose, you will then be there to the specific purchase screen to purchase Minecraft for kids on that platform.

Minecraft’s price will vary depending on the platform you are purchasing it on. With some platforms having more than one version.

Most editions use the same basic concept, with a few differences depending on the platform.