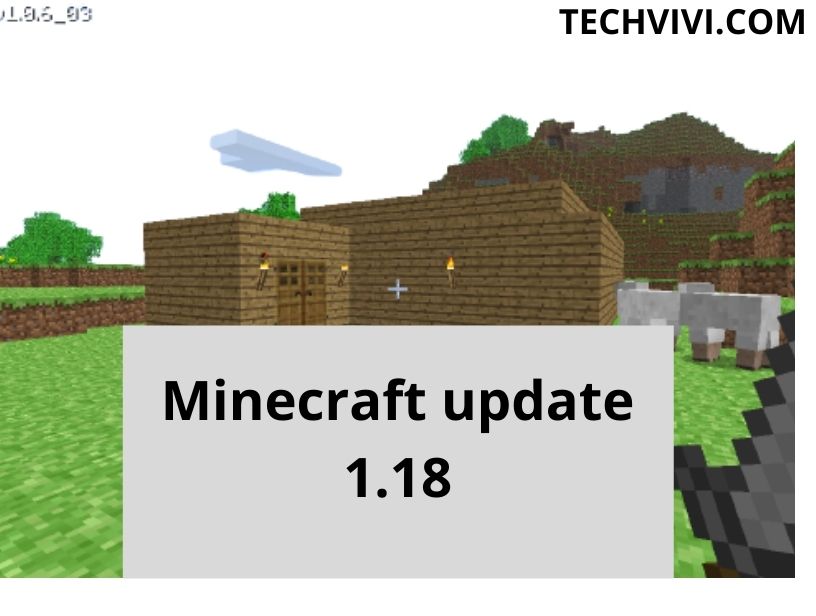 Minecraft new update download!!! Minecraft update 1.18 is something that gamers have been waiting months to arrive. But it looks like there won’t be an early release for the new Caves and Cliffs Part 2 expansion.

This Minecraft update is a major one and will make major changes to the game. This will be done through the new Caves and Cliffs expansion.

During this summer when Part 1 went live. This made it possible to mine copper, fight goats and construct the latest gadgets.

Part 2 of the Caves and Cliffs expansion is keeping the expectations quite high and focussing on more exciting stuff that will change Minecraft forever.

One of the major changes included in Caves and Cliffs Part 2 is the Terrain Generation. Mojang aiming to make everything fit together better while also providing new mountains and details.

The visual aspect of the game is under some significant maintenance and now all the fans are excited about when this version will be available for playing.

Mojang and Microsoft have confirmed that the next major Minecraft update (1.18) will be available for download in 2021.

No release dates are shared yet but yes it will be released in “Holiday 2021”.This provides the development team with a wide scope of dates. A recent announcement by Mojang revealed that it won’t be happening in early October.

Mojang will host a massive Livestream event on October 16. This will include all the biggest news from the gaming world. From this, we infer that Caves and Cliffs Part 2 is unlikely to arrive before the Livestream. The release of the update might get announced on the event day. The full details from the announcement don’t make any references to Minecraft 1.18, so this remains a prediction for now

Top 5 most Dangerous Mobs in Minecraft

The post from the Minecraft team says “You are cordially invited to the biggest event of the season year decade. On October 16th at noon EDT, we will be celebrating all things blocky with an epic Livestream still known as Minecraft Live! You can attend from the comfort of your own home by watching the show at Minecraft.net/live or on our YouTube channel.

In the guest list, there are new and familiar faces from Mojang Studios, our amazing community, and a surprise appearance. There will be in-depth interviews, exciting reveals, a nail-biting vote, and puns galore! As a token of gift, please send positive vibes so the power doesn’t go out.“Should you lose your invitation, you can keep an eye on Minecraft.net/live, where more and more information will be added as we approach October 16.”

Minecraft is the most popular game among gamers. Minecraft’s new features and Minecraft latest updates have always become a matter of intense debate and discussion. Every year thousands of gamers wait for the new releases of Minecraft. The company never fails to impress its viewers and every year comes with a banger. The Minecraft 1.18 is a major update in the Minecraft series and will definitely change the entire interface of the Minecraft gaming series.