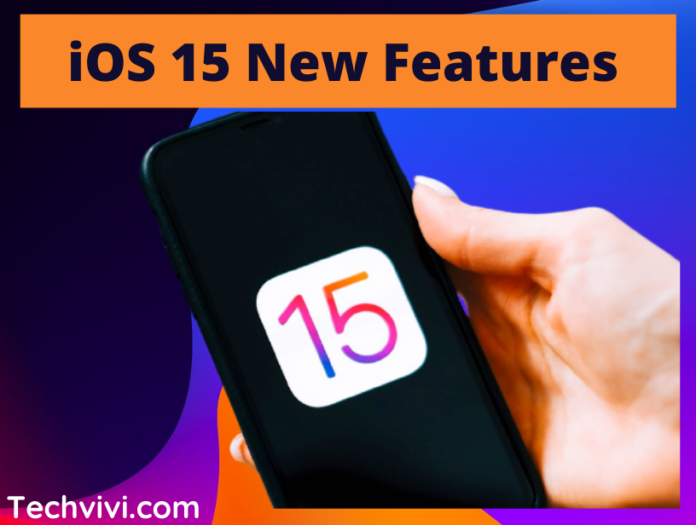 Apple’s forthcoming release to its highly used new operating system. The iOS 15, was announced at the opening keynote of WWDC21 in early June. This version includes both significant and minor changes across the OS. However, some of us were disappointed by the lack of things we had hoped for. The iOS 15 is a little upgrade, despite the fact that it represents a complete version increase. While it has new features that make life a little easier and more organized; some long-time users have found it lacking.

Three features of this future iOS version that we particularly like are below. Then there are three we’re disappointed Apple hasn’t included yet.

iOS 15 brings impactful advancements to what was once a simple and limited video calling app. This version lets you schedule FaceTime meetings and share the links with others. They may be accessed from practically any device that has a web browser, including Windows laptops and Android phones. It’s a bold move from Apple and is popular for its closed-off policy. But it was unavoidable in the age of COVID, remote work, and phone calls. While FaceTime doesn’t have as many features as Zoom or Google Meet. It can now reach a wider audience with its privacy-focused video conferencing.

There’s a debate about how properly Android and Windows support is developed. But we’re taking it one step at a time. FaceTime has been updated to include a Portrait Mode video effect for iPhones with TrueDepth Camera. This is in complement to the microphone mode options (Standard, Voice Filtration, and Wide Spectrum). This makes it easier to join meetings in noisy environments. It’s worth noting that these camera and microphone features are system-wide. And can be used by third-party application developers.

Another modest but useful feature to the app is smart keyboard recommendations for FaceTime links. If you’re using Apple’s keyboard, write “video call” in any messaging app – or in a text box in every other tool. But really the tool is more useful when talking with people. Also the keyboard will offer a FaceTime link to enter directly into your message. This eliminates the need to open the FaceTime app and directly construct a link to join someone you’re messaging to a FaceTime call.

SharePlay, a service that allows consumers to listen to the music, TV, and other material collectively; is another significant addition to FaceTime. They can share whatever’s on their phones’ screens, regulate each other’s Apple Music queues, and watch Apple TV+ originals. It also offers an API that third-party application developers can use to implement the feature. While SharePlay will not be accessible right away in iOS 15; we believe it to be available on the following weeks.

With the addition of third-party application compatibility, Apple’s default browser becomes much more useful than ever in iOS 15. While Safari for iOS isn’t quite up to par with Safari on Mac OS X (for example, it doesn’t enable webpage notifications), it’s getting there. Safari has now a new design for in iOS 15, with a Start Page that is flexible with relevant information and wallpaper support. It also moves the leading website search box to the bottom, making it easier to use with one hand. The top and bottom safe zones of the iPhone screen is adaptive to the colors of visited websites and transition colors accordingly.

Tab Groups make it easier than ever to organize and separate your professional and personal lives. We can create as many suitable tabs to a grouping as we like for every topic/category, making switching from one workspace to another a quick and painless procedure.

Apple has finally given the iOS Weather app some love with iOS 15. It now has a new icon and user interface, as well as updated Breezo Meter air quality readings in approved regions. It’s still not available on iPad or Mac for reasons only Apple knows about.

In addition to a redesigned widget, the redesign includes new background transitions to match practically every potential weather state, regardless of the time of day or night.

Despite the fact that Apple iOS 15 is not a huge upgrade, it includes visible enhancements that make iOS more usable, such as personalized Focus modes, live text selection, revamped notifications and their summaries, and so on. We can only hope that with iOS 16 next year, Apple includes some (or, in optimistic thinking, all?) of the items on our wish list.

iOS 15 is now in beta including both developers and public testers. It is likely to be out to public this fall, following the unveiling of the new iPhones, in mid- to late September. All gadgets that now support iOS 14 will be able to run iOS 15 (that’s a remarkable 7 years of system integration for the iPhone 6S so far).

iOS 15 features: Tricks that will change your iOS