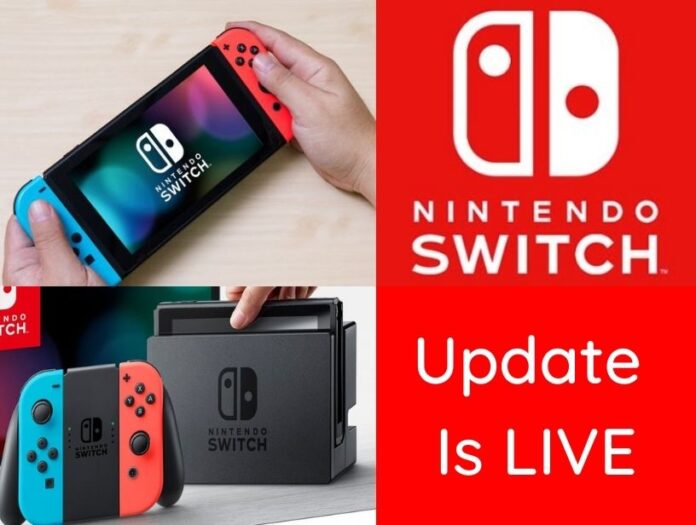 The wait is over! You can now get a new version of the Nintendo Switch software. Nintendo has released New Nintendo Switch update. Moreover, you can get the exciting update to new avatars. But these avatars are not very important for the players. Instead the players can add some stable improvements that can make the playing smoother. The updates released on 7 June 2021, are not very exciting. However, players can expect more from the company’s Nintendo E3 presentation. The event is confirmed to take place next week. Until you can use Nintendo’s new version 12.0.3 and some updates to improve stability.

Nintendo released some general system improvements. However, the users were expecting something surprising. Unfortunately, they need to wait for one more week. Users were expecting to see more options on the Switch software, including the kind of themes which are offered on Nintendo 3DS, but now their expectations are not fulfilled. Moreover, the changes are so insignificant that It is impossible to know exactly what’s been changed in the system. Hopefully players will get to know more in the E3 event scheduled on 15 June 2021, just after a few days. The players are expected to know a lot more about the future of the Nintendo Switch. During the E3 event, Nintendo’s presentation is expected to last about 40 minutes, which should be quite long to showcase its new upcoming games, a new Smash fighter, and probably some new hardware.

According to Rumors, a new Nintendo Switch model is supposed to be launched later this year. At this moment, no one is able to give an update about any new Nintendo launch as there is no official confirmation.

The idea is to keep the console exciting and run the best so that players don’t get any issues. For Nintendo enthusiasts, let us just hope E3 plays up to expectations. There are a lot of exciting things that have already been confirmed for this year. The players are expecting more from Nintendo including Mario Golf: Super Rush, The Legend of Zelda: Skyward Sword HD, and Pokémon Brilliant Diamond and Shining Pearl. But gamers need to wait a little long. Moreover, this year marks the 40th anniversary of Donkey Kong and the 35th anniversary of The Legend of Zelda. So it is and rumors have suggested we can expect something exciting to celebrate the occasion.