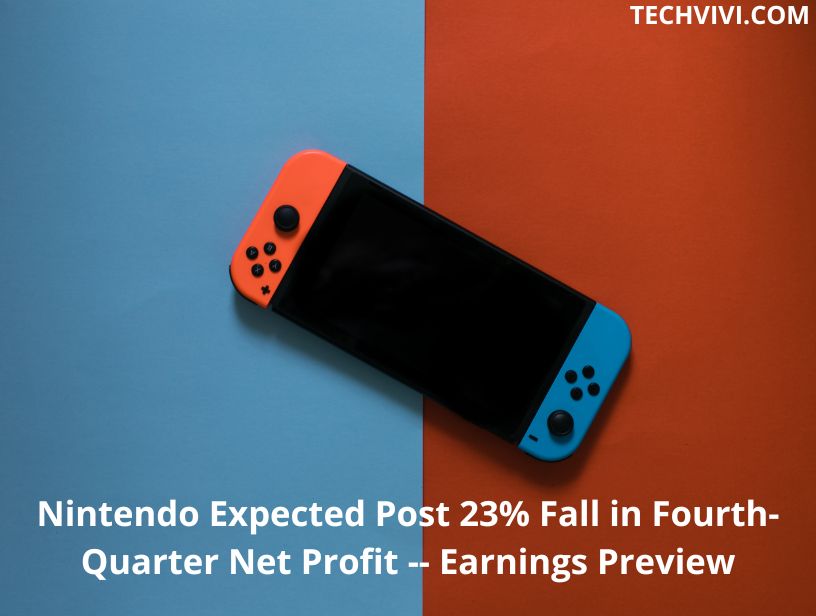 NET PROFIT FORECAST: Nintendo is expected to post a 23% fall in net profit from a year earlier to 80.16 billion yen ($615.8 million) for the quarter ended March 31, according to a poll of analysts by FactSet. That would compare with Y103.71 billion a year earlier.

REVENUE FORECAST: Revenue rose by 4.7% from a year earlier to Y371.28 billion, according to the FactSet poll.

MARGIN: Supply-chain disruptions recently resulted in the shortage of parts and increased costs of raw materials for manufacturers globally. Investors are currently focusing on the impact this will have on Nintendo’s margins. Operating-profit margin came down to 35.8% for the nine-month period ended December from 37.1% a year earlier.

OUTLOOK: Nintendo is expected to give earnings projections for the fiscal year starting in April. This is along with its fourth-quarter results. Investors are focusing on the sales outlook for the Switch console and software.

GAME DEVELOPMENT: Nintendo announced in March that it would delay the release of the latest “Legend of Zelda” action-adventure game to the spring of 2023. They have thought of starting selling the game in 2022. Investors are currently paying attention to any updates on Nintendo’s game development as rivals such as Sony Group Corp. and Microsoft Corp. have been bolstering their game line-ups through acquisitions in recent months.