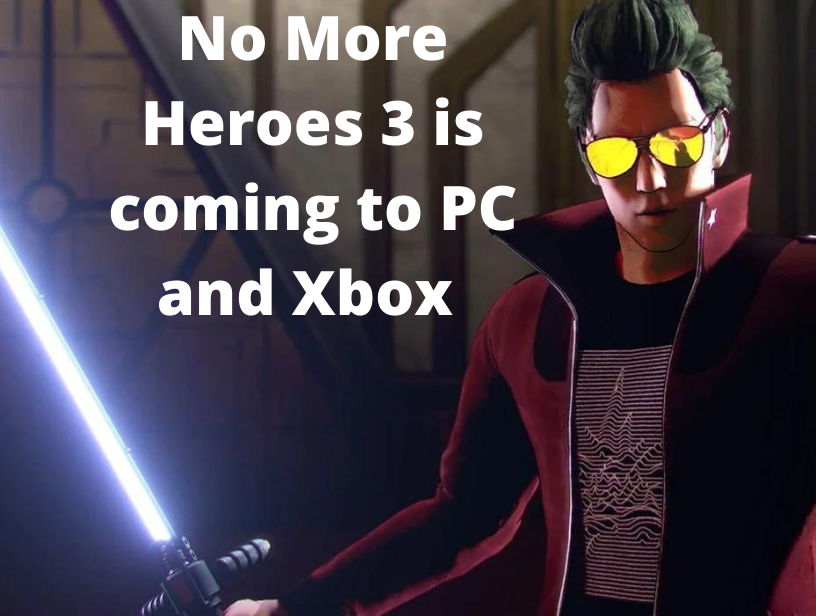 The game publisher company Xseed announces through Twitter that No More Heroes 3 is coming to the PC, PS4, PS5, and Xbox. No More Heroes 3 was released for the Nintendo Switch in 2021 August. It is expected that the digital version will be available soon. The sole picture of the game that is shared by the Xseed shows is the only physical copy that is available to us. The picture includes an art book, a soundtrack CD adorned with the Akira reference, and a faux license plate. Xseed has not yet shared any information related to the price of No More Heroes 3 on PlayStation, Xbox.

The fans of the No More Heroes 3 are eagerly waiting to play the latest version of the game in digital version. Fans are waiting to play the game on PC and Xbox. The fans want to play the latest installment. Sam Byford says that the game is worth the wait. The game is a worthy follow-up to the original Nintendo Wii title. Byford says that the game is stylish, it is fluid, it is combat and its specialty is that sometimes it is funny. Usually, the writing of the game is immature. The gameplay is based on superheroes. In the game, you will be asked to take on the league of alien superheroes. The league of the superheroes makes up the posse behind one powerful CEO which also includes a Thanos- like a villain.

No More Heroes 3 For PC and Xbox

The wait for the PC version of the game is over. No More Superheros is launching soon in the fall of this year, on all platforms, including PS4, PS5, and Xbox. Launching games like these Nintendo is coming out of its realm and trying to come up with creative games.