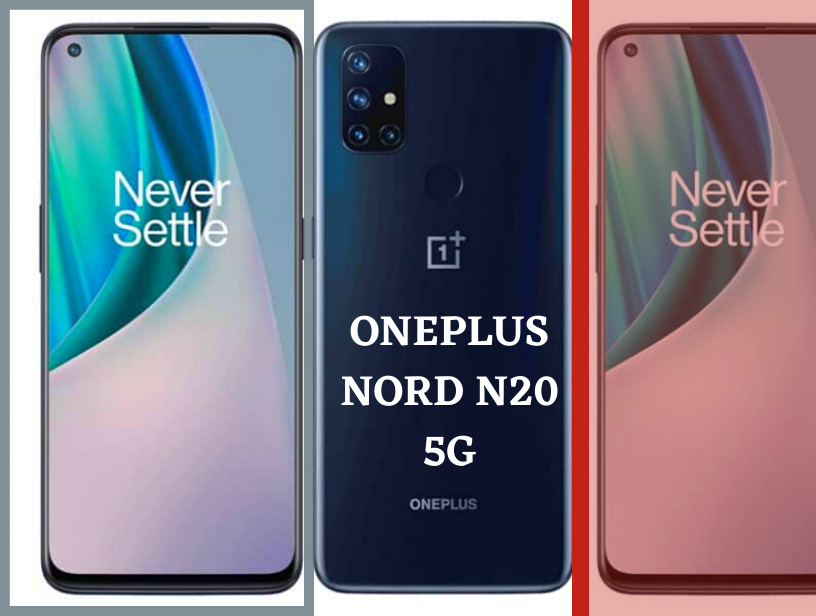 The Chinese smartphone brand Oneplus is all set to expand its Nord Series by launching a range of smartphones under the logo of the Nord brand. The company made the announcement that it will launch three smartphones: Nord CE 2 Lite, Nord 3, and OnePlus Nord 2T. The image of a new smartphone Oneplus Nord N20 5G is now available. The company revealed the specifications and features of Oneplus Nord N20 5G. The new image of the product shared by the company shows the phone flaunting a hole-punch display with a cut-out on the top left corner of the phone. It also has a triple rear camera. It announced that the phone features a 6.43-inch full HD +AMOLED with a fingerprint scanner. The phone is powered by a Qualcomm Snapdragon 695 SoC and is going to launch in April.

The OnePlus shares the information that the refresh rate of the display is 60Hz. The design of the smartphone is very identical to the CAD renders launched in November 2021. The new OnePlus Nord N20 5G could be exclusively available in the United States. Talking about the specifications, the triple rear camera of the phone consists of two large cameras and a sensor with an LED flash. The viral image shows that the primary camera will be 64MP and on the rear panel of the device the OnePlus logo is visible. The design of the phone makes it similar to either OPPO Reno7 Z or Reno 7 Lite and have 8GB RAM and 128GB internal storage.

The phone is backed up with a 4,500mAH battery with 33W fast charging. In addition to a 64MP primary camera, it also features a 2MP macro sensor and a 2MP depth sensor. According to the available information, the device is most likely to run on Android 12 OS and Oxygen OS on top of it. The phone also offers FHD+ resolution. The smartphone is expected to be on sale in April 2022. The above-mentioned specifications are somewhat similar to what tipster OnLeaks shared in November 2021. However, some of the sources like the PCmag Report are skeptical about the rumor related to its specifications like a Qualcomm Snapdragon 695 Soc.

Last but not the least, initially the device will be available in Grey and Purple colors. The expected price range of the device in India is Rs. 25,000. Overall, OnePlus users are eagerly waiting for the product to launch. The features of the device are quite decent under the given price segment. However, time will tell about the performance of the phone. We hope OnePlus will not disappoint its audience and will keep coming up with innovative technologies in the future.

Realme Book Prime laptop may launch at the April 7 event