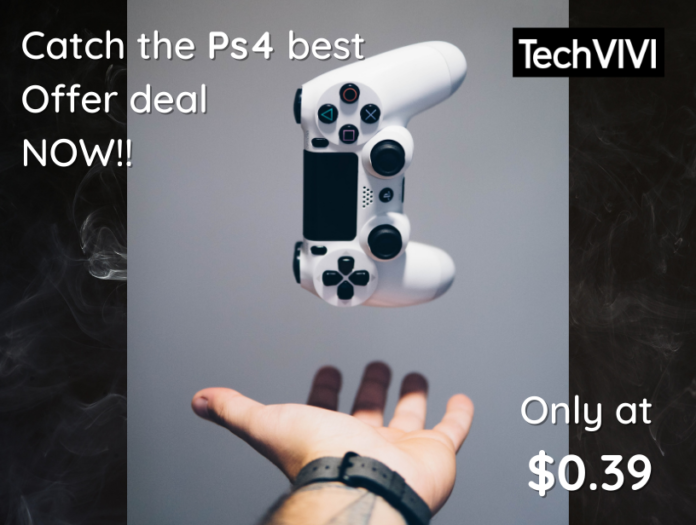 PlayStation Store sale offers a PS4 game for $0.39, but it lasts just a few days. You can download and play Timber Tennis: Verses for just $0.39 from now until May 13 on PlayStation 4. It’s a nice change from other deals to find an agreement with no PlayStation Plus requirement. Apart from the limited availability window, there are no other strings attached.

In terms of the game itself, Crunching Koalas published it in 2018 along with developer Digital Melody. The game has a “Mixed” User Review rating on Steam, with 61 percent of people giving the game positive reviews. While the PS4 version of the title has only two review scores over on Metacritic, one is a 40, and another is a 70.
According to the official pitch for the game, “Timber Tennis: Versus is the newest addition to the Timberman family, enjoyed by more than 30 million people around the world.”

You can compete for all the prizes at the Timber Tennis world championships by using your unique skills, watching out for super shots, and collecting tips from all of your rivals. Get to know all the characters (including Princess, Hipster, Boxer, and many others), win trophies, and compete against your friends in local or online multiplayer mode!”

There is no question that this is far from the best game you can play on the PS4. Though PlayStation games aren’t often there for as little as $0.39, this deal is worth checking out. You could probably find $0.39 on the streets after just searching for a few hours. After all, it is not much.

Nevertheless, if you’re not thrilled with the deal, don’t worry. It’s not the only one. A better game has just gone on PlayStation sale for $0.39, and there are hundreds of deals on offer at the PlayStation Store Sale. Why waiting? Go get the deal for yourself too!

PlayStation Patents AI That Will Play Your PS5 Games For You