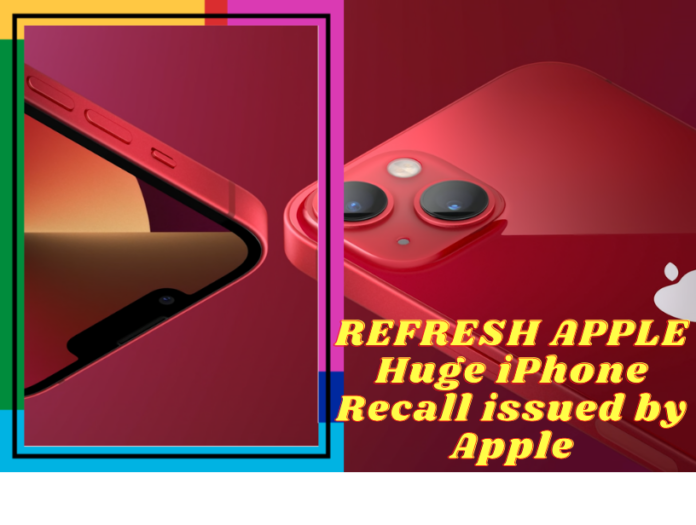 IPhones are the premium mobiles that many users prefer over other devices. This is because of the quality and security they get with iPhones. There was Huge iPhone recall issued by Apple because of thousands of defective iPhones, which have rendered that users cannot make phone calls. As per the tech giant, a few gadgets in the United States are previously with faulty components that make the speakers useless.

When consumers use faulty devices to make calls, the recipient does not produce a sound. Recently, Apple gave a statement that “very less percentage” of iPhone 12 and iPhone 12 Pro devices were impacted. Between October 2020 and April 2021, the retail value of devices with fault is more than $1,000.

Netflix once again introduces new features for Android, but not iOS (yet)

Apple is offering a repair scheme free for those users who are affected in the United States earlier this year, and in the United Arab Emirates, the program is now applicable. It’s unclear whether the speaker troubles are affecting users in the United Kingdom.

“In case the receiver does not generate any sound when you try to make or receive calls on iPhone 12 or iPhone 12 Pro may get the service,” Apple said. “Apple or its Service Provider will offer services for free to appropriate devices. “You can also visit the official website of Apple. It comes just days when Apple said that beginning in 2022, users will be able to repair their own iPhones for the first time.

Apple said in a statement on Wednesday that it will enable self-repairs by providing access to Apple’s authentic components and equipment. The new Self Service Repair plan will launch in the United States in 2022, with more nations to follow. Initially, iPhone 12 and 13 models will get the parts. Apple stated that those who are comfortable completing their own repairs have the opportunity to do so. The starting stage of the program will provide repair parts for the iPhone display, battery, and camera.

For the same scheme, Apple will launch an online store. This store will allow the customers to order replacement parts and any tools at the time of need. In other news, Apple announced that at the beginning of next year, users can repair their own iPhones. They don’t need to go anywhere.

How To Record Whatsapp Calls On Android And iOS?