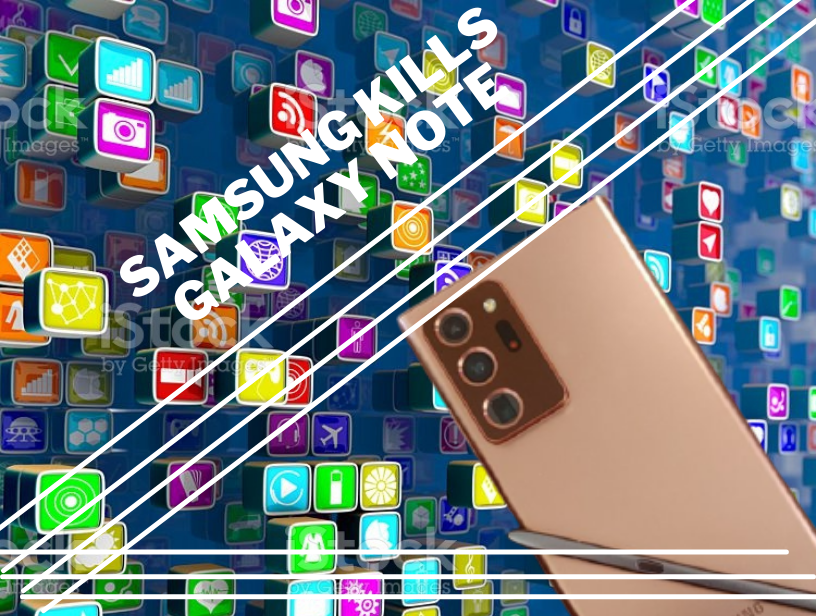 Samsung’s Galaxy Note series offers one of the best smartphone models. If you are one of those having the hopes for a comeback of Samsung’s Galaxy Note line, here’s all the update for you. As per the updates, Samsung kills the Galaxy Note range by the end of the year. This should not be astonishing, assuming you may be following Samsung news. Last year there are a lot of rumors that began to circulate that Samsung will forego releasing a new Note model in 2021. Samsung first refuses the reports but then agrees that a chip scarcity might force the company’s hand. It’s already December, and the Note 21 has yet to be discovered.

Samsung has withdrawn the Galaxy Note from its yearly smartphone manufacturing schedule for 2022. It is allegedly withdrawing current devices in addition to canceling the product line. Rather, Samsung is bringing the Galaxy S22 Ultra the unique attributes of the Note line.

Galaxy S22 Ultra design is in this rendering. According to rumors, the Ultra model for next year will include a built-in S Pen. Previously, this was the feature that makes the Note series different from the smaller S devices. Comprehensive renderings of the Galaxy S22 Ultra appear to be online sometime back. The S22 Ultra looks to be a true sequel to the Galaxy Note. To fit the S Pen, it will be thicker and heavier than the remaining S22 range. It has a 6.8-inch screen which is nearly as huge as the Galaxy Note 20 Ultra’s.

Why would Samsung kill the Note?

The Reason that Samsung would kill the Note line is to focus on developing foldable phones. As per the reports, Samsung would be able to save costs, stabilize manufacturing yields, and increase process efficiency. In the next years, Samsung plans to change the Note line’s overall sales with the Galaxy Z Fold and Galaxy Z Flip. In research, it is seen that Samsung sold 12.7 million Notes in 2019 and 9.7 million in 2020. However, Samsung’s marketing aim for foldable devices in 2022 is 13 million units, which is far higher than the Note line’s recent performance.

Samsung has conventionally released the Galaxy S bestseller in the first part of the year, then by the Galaxy Note in the second half. The Z Fold and Z Flip are likely to be Samsung’s second-half flagship devices in the future. Samsung is set to debut the Galaxy S22 series in early February 2022. Samsung had a debut event for the Galaxy S21 in January. There are chip shortages and shipping delays, the firm is unclear to strive for a 2022 launch date. Mass manufacturing of the upcoming Galaxy Z models would begin in the third quarter of next year.