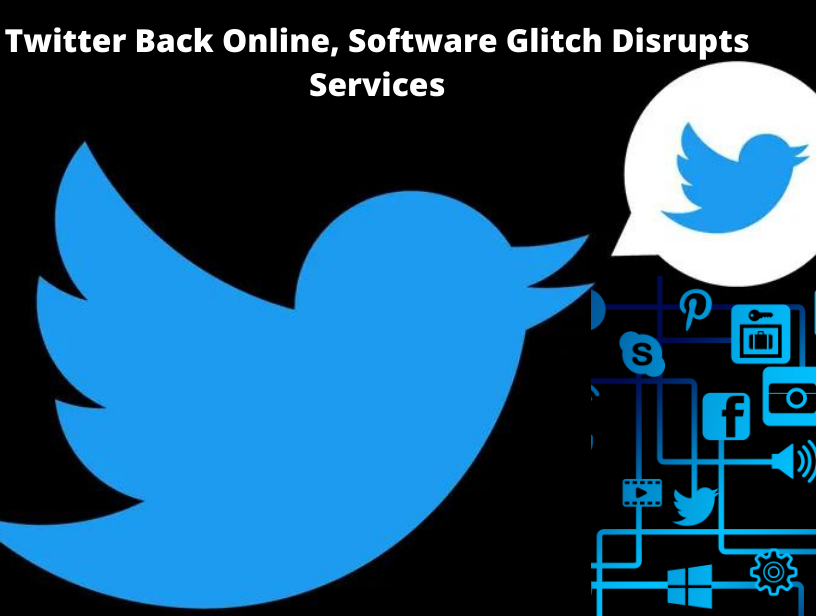 Twitter announced on Friday that it had fixed the glitch after Software Glitch Disrupts Services. The issue is cause by a technical glitch in the website. The software glitch has disrupted the service of thousands of users of the website. Twitter on its status page informed the user that the micro-blogging website is facing several errors in the application programming interface. Interface is a set of protocols responsible for integrating and building application software. Due to this interface error the website was facing a bug which interrupted the services. Twitter from it’s handle said that it had fixed the glitch and the issue is resolved. Blogging services are resuming and apologizing for the inconvenience.

The twitter support tweeted that the technical error in the site is fixed. The error was preventing timlines from loading, it also prevented tweets from posting. The users were not able to post tweets or retweets. In simple terms, twitter was not functioning. Things are normal now, the company support group tweets.

Thousands of users complained on Downdetector. It is a website popular for tracking outages, by collecting the status reports of the outage. It collects the information from a number of sources and then provides the status of the complaint. Around 2,000 Indian Twitter users reported the issue of twitter on Downdetector. Most of the reporting happened around midnight on Friday. The glitch was faced by both Android and iOS users. The users of both Android and iOS along with a Web browser were not able to use Twitter. Some users complained on Reddit about being logged out again and again from their Twitter account. Other users also faced the problem of not being able to send or retrieve tweets.

Twitter had also faced the same situation earlier. Users filed an outage last month too. The company acknowledged that they need a permanent solution to the problem. Few days back twitter announced its new experiment of ‘Unmentioning’. Users will not be able to use the new feature effectively if the platform will face these kinds of technical glitch. To avail any kind of services, the platform needs to function. Twitter responded to the outage and announced to fix it as soon as possible. Alongside twitter, Downdetector also got outages for other sites like Counter-Strike, Trello, Twitch and Roblox. Users faced problems accessing these sites for the very same reason, software glitch. Users of gaming platforms such as GTA V or GTA 5 are also experiencing problems in accessing the game. Downdetector also got complaints regarding these sites.

Twitter is a busy platform and one of the widely used platforms for sharing information worldwide. The crowd in twitter is from all sections of the population, politics, corporate, market all depend on twitter to share icenformation. All of the governmental information is mostly shared by its Twitter handle. In such a scenario, the frequent technical glitch interrupts the flow of information worldwide.