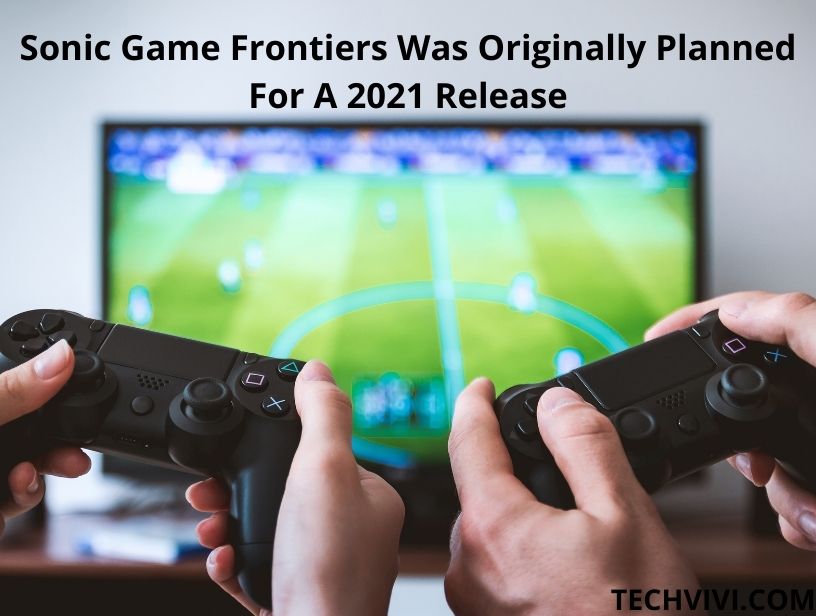 Sonic Game Frontiers Was Originally Planned For A 2021 Release. The blue blur celebrated its 30th birthday in 2021. But one thing fans missed out on was a brand new mainline entry.

As per the Sega investor Q&A that happened a week after The Game Awards and Sonic Frontiers reveal. The publisher actually had plans to release Sonic Team’s new “open-zone” game in 2021. But they decided against it to “brush up on the quality” of the project.

Here’s the scoop via Sonic Stadium:

“Originally it was planned to be released on this year, the 30th anniversary of Sonic. But we have postponed the release for a year in order to further brush up the quality. Not only for this title, but during the development phase, we have been steadily conducting analysis to improve the quality of the title before release, such as introducing game testing based on external evaluations, and [we] have a feeling that it will become a good game and have high expectations for it.”

Sonic Frontiers Was Originally Planned For A 2021 Release

The pricing strategy will also factor in the quality of the product and IP:

“For the pricing strategy, we feel that we are at a point where we need to rethink. For example, for the new Sonic game, as we are focusing on quality and spending certain amount of money on development. We think it is important to maintain the price by maintaining the value of the IP at high level. Rather than simply lowering the price at early stage to increase the number of unit sales.”

In 2020, Sega’s Aaron Webber mentioned how the company had changed its approach to the development of Sonic games:

“Back in the day it used to be like every year there was a new Sonic game. And as a result of that, there were a number of times…because of that rushed production schedule, the quality of the games wouldn’t quite be where they really needed to be.

“A few years ago, we actually said ‘hey, that’s going to change going forward, we’re going to put probably more time into things as we go forward’ and that’s going to mean that you have to wait longer between trailers or announcements…and we know that’s kind of annoying sometimes, cause you just really want news, but that’s where we are now and we think that the patience hopefully will be worth it in the end.”

Sonic Frontiers will come later this year in “holiday 2022”.It will list suggesting it could launch around the month of November.

Related Topics:sonic game
Up Next

GoldenEye 007 Is On Xbox-goldeneye switch online