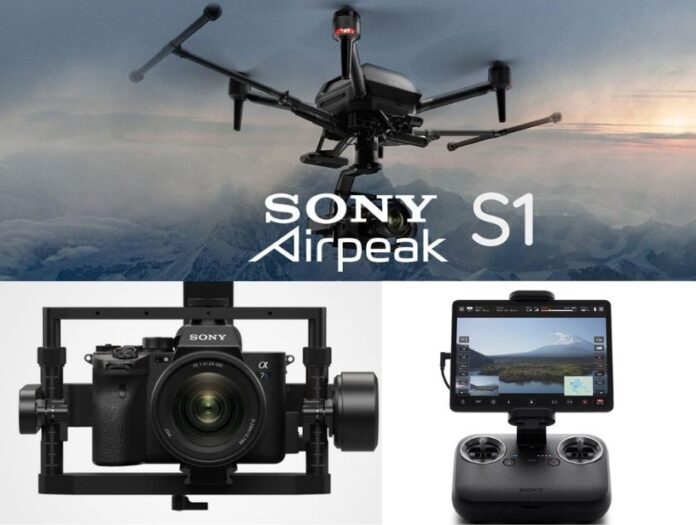 Here is the recent Tech update. Sony has finally unveiled the Sony Airpeak S1 professional drone, which is what it promised back in January at CES 2021. The announcement contains a lot more detail on the drone’s capabilities, features. Moreover, Sony professional drone has a $9,000 price tag again for a drone without a gimbal or camera, all of which confirms that this drone is geared firmly at the professional video industry.

The Sony Airpeak S1 is made to function with Sony’s mirrorless cameras. Its cameras are the A7S Mark III, FX3, or even the 8K-capable Alpha 1. Moreover, cameras will be connected to a special version of the Gremsy T3 gimbal. This gimbal has been designed specifically for the Airpeak and you’ll have to buy it separately. The drone will have around 12 minutes of flight time with a camera. However, it can achieve 22 minutes without any load. Additionally, the camera will require  its own batteries as it is not provided power by the drone.

One of the drone’s biggest selling points is its stability and wind-resistance. According to Sony, it can stay stable in winds of up to 44.7 miles per hour (that’s 20m/s). It has five sets of stereo cameras that let the drone and an infrared rangefinder that should help the drone stop before it hits obstacles. Moreover, the drone can stay steady even without satellite reception. Sony also approached JAXA, the Japanese space agency, to help it do some of the tests for the drone.

Sony PlayStation 3: List of PS3 Games To Buy Before The Store Closes

The Airpeak is also speedy, with the highest speed of 55.9 miles per hour without any attachments. Sony has not said what type of speed or acceleration may be attained while the drone is flying a camera.

The drone may be used with just the provided controller, but Sony has developed a software called Airpeak Flight to make things easier.

The software is now only offered for iOS/iPadOS, however it will allow users to control the camera and gimbal.

The Airpeak can be operated by a single person, but it also has a dual-operator mode, which allows one person to handle the flight while the other controls the camera. The controller’s range is still being investigated, according to Sony.

The Airpeak S1 does not come with a camera or gimbal, but it does come with two pairs of propellers, the controller, two batteries, and a charger for $9,000. Sony intends to roll it out in the autumn, with a service plan to cover any damage caused by crashes.

Due to the recent laws and issues surrounding Chinese drones, Sony is highlighting that the Airpeak S1 is developed and manufactured in Japan, as revealed in a press briefing and in the press release.