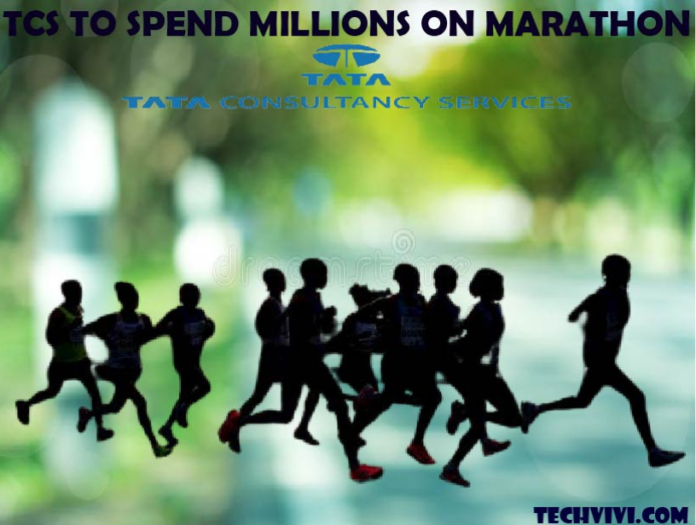 TCS (Tata Consultation Services) planning to spend $320 Million on sponsoring marathons for the next eight years. As a result, it would top the list of spenders on running events.

Since 2008, TCS is associated with long-distance race formats. In the beginning, it started as a junior sponsor of the famous Mumbai marathon. Thereafter, it emerged as a titleholder of about 6 running events in Sweden, London, and New York.

As per TCS, It has retained all title rights for the marathon in New York for the next 8 years. Moreover, it has been sponsoring the world’s largest marathon event, since 2014. As per chief marketing officer, Rajashree R. US market is one of the biggest markets for TCS contributes almost half of the total $22 Billion revenue of TCS.

Last month, TCS won the world’s fourth-biggest headline slot, for the London marathon. This connection with the marathon events helps the Indian company to boost its image and educating the audience and participants about its services.

Apart from sponsoring marathons, the company has sponsorship deals in sporting events like golf, ice hockey, and motor racing. Rajashree believed, around 80 % of their total sports sponsorship budget is assigned for marathons and the remaining for other games.

The company is further planning to sponsor more marathons, especially those held in Europe and North America. It will also spend up to $40 million annually on sponsoring running races in the next 8 years.

Almost a century ago, in 1920 Sir Dorabji Tata, the son of founder Jamsetji Tata and the other chairman of the Tata group observed the athletes running without shoes. The runners were clocking creditable timings close to international standards. That was the moment when the respectable TCS founder decided to Sponsor the first Indian team to the Antwerp.

TCS is largely regarded throughout the world for financing the running events. This corporate act will help the company to have the steady goodwill and growth in the future.