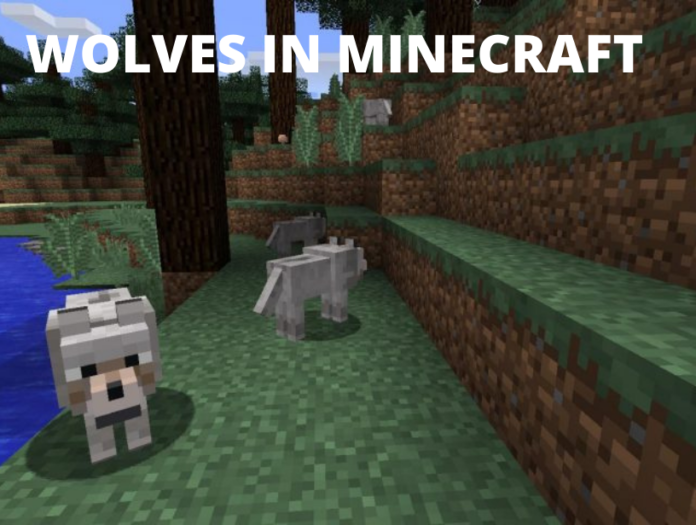 Minecraft is a game with vast landscapes full of biomes, unique structures to explore, and both passive and hostile creatures to face. While Wolves in Minecraft are very dangerous and will attack the player on sight, others walk quietly in the forests and green plains, waiting to be tamed or farmed.

Animals of many kinds may be found in the Minecraft universe. The majority of the creatures are nice and neutral. Animals such as cats, horses, wolves, and others can be tamed by players.

Wolves are one of Minecraft’s earliest mobs, appearing in the game from the early beta stages of Java Edition. Wolves may be found in the forest hills, woods, and taiga biomes.

Using bones, players may tame wild wolves. Players may only breed them after they have been tamed to obtain the cute baby wolves. Here are some unknown facts about Wolves in Minecraft that gamers may not be aware of.

Players are probably like giving rotten flesh to their wolves, but in an emergency, feeding rotten flesh is preferable to letting them die. There’s no need to be concerned about the hunger impact because wolves are resistant to it. Zombies dump rotten flesh, making it easier to get.

2)Their collars are dyeable.

Wolves in the wild, obviously, do not wear collars. However, after they’ve been tamed, a red collar will appear around their necks to indicate that they’ve been transformed from a wild beast into a domesticated dog.

The default color of the collar is red, and it appears immediately after a wolf is tame. Fortunately, it is simple to modify simply holding a bit of any dye in your right hand and clicking Mouse 2 while staring at the dog.

Because wolves are typically a pet in game, players are unaware of their aggression. Wild wolves are a sort of mob that is neutral. When a player assaults a wolf, the wolf’s eyes become red and it begins to attack the player. All surrounding wolves will attack the player as zombified piglins.

Wild wolves will also become aggressive if they are attacked by a crowd or see prey. When enraged, players have just two options: kill the wolves or flee from them.

4)They Communicate When They’re Hungry Or Hurt

Wolves, like other canines, have their unique ways of conveying their wants. While Minecraft wolves do not require constant feeding, they do have several requirements that you must fulfil. They will tilt their heads as though begging for food if they see it.

5)Use for farming mobs

Wolves are so fond of bones that they will attack skeletal creatures in Minecraft. Skeleton mobs are afraid of wolves and strive to flee from them as a result of their behavior. You can use Wolves to kill skeletons, wither skeletons, and stray animals.

Mobs slaughtered by tamed wolves have been considered player kills, allowing the color mods to drop any item.