Home Apps News Top 5 best whatsapp alternatives you can use in 2021 – Safest... 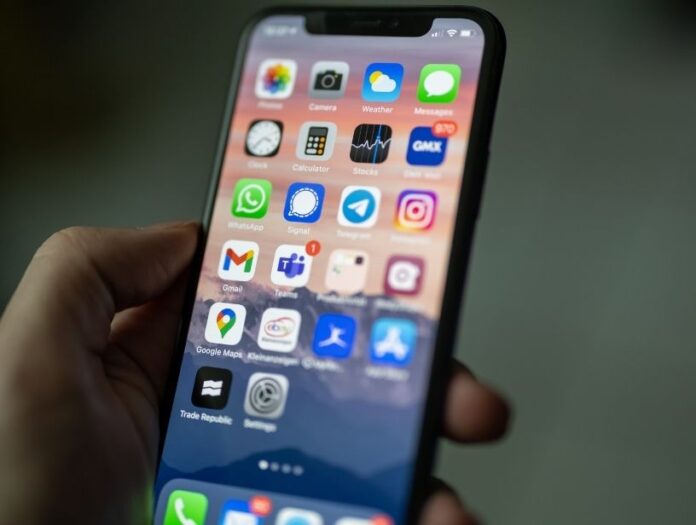 Are WhatsApp conversations private? Yes. But, there are exceptions. Because WhatsApp promises end-to-end encryption which is a great security feature. However, there are several loopholes in WhatsApp security that the company needs to address. More than any other app, WhatsApp offers greater privacy thanks to end-to-end encryption. That mixes up messages to ensure only you and the person you’re communicating with can read your messages or listen to your calls. Moreover, WhatsApp messages are vulnerable before they are encrypted and after they are decrypted if a hacker has managed to drop spyware on the phone.

Moreover, Spyware attacks on WhatsApp have already occurred. This spyware attack allows attackers to hack into users’ smartphones and steal all their data. Stolen data includes their call logs, messages, photos, and other details. This bug could be installed on a smartphone weather it is an Android smartphones and iPhones. Just by placing a WhatsApp call on their smartphones. Even if a user didn’t receive the WhatsApp call. The spyware would install on his smartphone giving hackers unlimited access to their data. What’s more alarming is that the once installed. The spyware erases all call logs within WhatsApp giving users no means to confirm an attack. According to a report Israeli cybersecurity firm NSO used Pegasus- a program developed by the company that can turn on a phone’s camera and microphone to surf through the phone’s data – could be behind the attack.

How does end-to-end encryption work technically in WhatsApp?

To communicate with another WhatsApp user. WhatsApp client first needs to establish an encrypted session. Then, clients do not need to rebuild a new session with each other. Until the existing session state is lost through an external event such as an app reinstall or device change.

Signal is a messaging app, just like WhatsApp or iMessage or Facebook Messenger, but one that’s geared towards privacy and security rather than cute emoji stickers. In fact, so good are its security measures that even Edward Snowden recommends it—and he should know which apps are the best for stopping unwanted snooping. Signal Private Messenger is your best bet as an alternative to WhatsApp.

Is the Signal Private Messenger safe?

The trustworthiness of Signal has been praised by even former whistleblower Edward Snowden. It is developed by the original developers of WhatsApp. These developers are proud to offer a product that will not be monetized with ads and fees. The app’s code is completely open-source, by Open Whisper Systems, so it can be examined and viewed for research or to be convinced of security. Signal also verifies the identities of users to ensure that you’re communicating with the right person. You can also make free encrypted calls worldwide, create encrypted groups and send files or attachments, to protect yourself against hackers. Signal is considered one of the most private and secure SMS/MMS apps available.

So, this makes the app even more secure. Also, Signal is also completely open-source. The source code for the project’s client apps and server software is available on GitHub. Your conversations in Signal are end-to-end encrypted, which means that not even the owners of Signal can monitor them. Only the people in the conversation can see them. Signal doesn’t have animated emojis. However, you can import your device’s emojis into the app.

It preserves if not enhances your privacy protection. Signal Private Messenger is maintained by donations.  It is a secure encrypted messaging app. Think of it as a more private alternative to WhatsApp, Facebook Messenger, Skype, iMessage, and SMS. Signal is counted in one of the popular WhatsApp alternatives. Here’s why you should seriously consider switching to Signal. Signal is available for Android, iPhone, and iPad. There’s also a Signal desktop client for Windows, Mac, and Linux. To join, all you need is a phone number. It’s free. Every message is encrypted, so only the sender and receiver can read them. Moreover, Messages are completely unreadable to hackers.

Threema is a paid open-source end-to-end encrypted instant messaging application for iOS and Android.The software is based on the privacy by design principles as it does not require a phone number or any other personally identifiable information. This helps anonymize the users to a degree. In addition to text messaging, users can make voice and video calls, send multimedia, locations, voice messages, and files. A web app version, Threema Web, can be used on desktop devices, but only as long as the phone with the Threema installation of the user is online.

Threema is developed by the Swiss company Threema GmbH. The servers are located in Switzerland and the development is based in “Pfäffikon SZ”. As of January 2021, Threema had 9 million users and the business version, Threema Work, was used by 5,000 companies and organizations.

How is Threema security better?

Threema promises complete privacy. Your contact lists and group information are stored solely on your phone, not in the app. Moreover, messages are deleted as soon as they’ve been delivered. Additionally, you can connect to people using an 8-digit Threema ID instead of a phone number, further protecting your privacy. You can verify contacts with unique QR codes. Moreover, Threema is open source. It allows to make end-to-end encrypted voice and video calls, and offers every feature one would expect from a state-of-the-art instant messenger. With Threema Web, you can also use Threema from your Desktop. Threema is based in Switzerland, which is known for its pro-privacy laws.

Additionally, you can securely use Threema in-browser. Like WhatsApp, the app offers formatting features, as well as sending locations and files. Unlike WhatsApp, users can create polls and leave “like” feedback on individual messages. You can even hide particular chats and password-protect them.

Telegram is the fastest messaging app on the market. This app helps connecting people with a unique, distributed network of data centers around the globe. Moreover, you can access your messages from all your phones, tablets and computers at once. Telegram apps are standalone, so you don’t need to keep your phone connected. With more than 200 million active users, Telegram is a popular alternative to WhatsApp. For instance, the cloud-based app works across multiple platforms. Similar to WhatsApp, it uses a double-tick system to see when someone received a message. Like Signal, Telegram offers the ability to automatically delete a message after a certain time. It also supports multimedia file sharing. Therefore, Telegram is one of the best WhatsApp alternatives.

Messengers like Telegram are constantly loudly calling out that their “secret chat apps” are the most private and secure messengers out there. But in reality, it turns out it’s more talk than walk. Secret chats do offer encryption, but only after the user turns on the additional mode. You have to “Opt-In” for this additional incognito feature, which means if you’re not aware of this feature or if you don’t always turn it on for each chat, then your chat information may be vulnerable to processing.

The strategy for apps like Telegram, Viber, and Facebook messenger is putting an emphasis on marketing themselves as the safest, just because the word “secret” is being used. This is done to cover up for their imperfection, Encryption NOT BY DEFAULT.

According to leading encryption and security experts, an ongoing security problem is that in times of urgency, the government always requires access to needed information, even when messengers claimed they do not have an entry. And as history has shown, many messengers were able to open a backdoor in times of emergency.

In the case of Secret chat apps, they have a large SECURITY FLAW, a flaw that the government and authorities love that they trick people into thinking that they’re safe but in reality, their regular chats are not encrypted at all. The government and advertisers strive for a system that million will use and trust, but also a system that can easily be accessed whenever needed.

Wire is the most secure collaboration platform. We increase the productivity in your team while keeping your information private. Moreover, Wire allows your team to communicate and share information easily and securely – messages, files, conference calls or private conversations – always in context. Wire offers 1:1 and group screen sharing. It also supports multimedia file sharing and audio filtering. Available for all major platforms, you can log in your account from eight synced devices. Additionally, you can format text with bold and italics, and create lists within chats. You’ll also be able to optimize file sizes for easy sharing, and set timers to delete messages for added privacy.

Riot is/was a decentralized instant messaging app based on the open source Matrix protocol. Riot announced that they would be changing their name in late June. Yesterday, they revealed that their new name is Element. Moreover,  Riot works on open-source software. While it has its own bots, developers are welcome to create their own. This lets users interact with the software, making it more versatile and secure. Its open source features make Riot more suited for developer teams than corporate groups. This is one of the recommended WhatsApp alternatives.

If you want to ensure your private messages stay private, you might want to ditch WhatsApp and find an alternative.

WhatsApp VS Signal VS Telegram: Things No One Told You