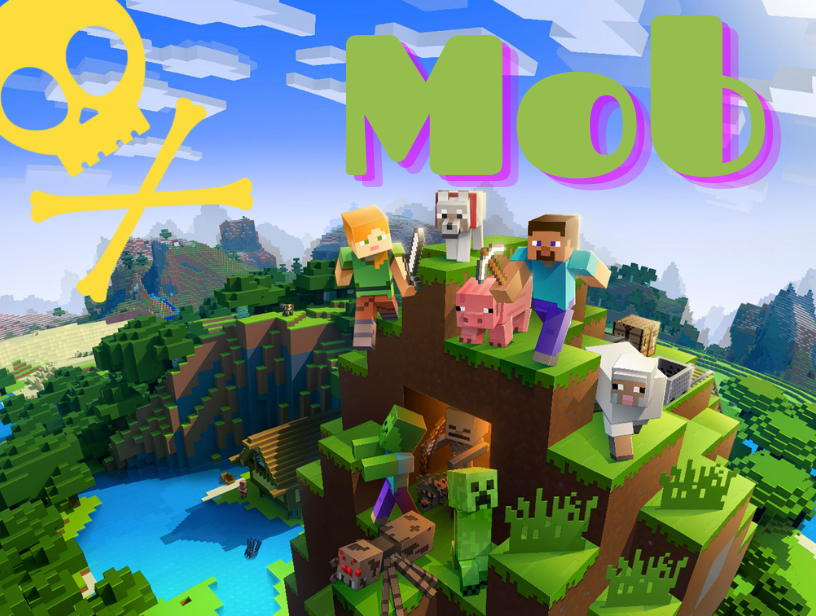 There are many Dangerous Mobs in the Minecraft world. Even the player having experience will find these hordes challenging. Beginners in Minecraft should be aware of these mobs to have the best chance of surviving. Players will feel safer when exploring the game’s wastelands if they are aware of these mobs.

The top 5 most dangerous mobs in Minecraft are here, Let’s take a look:

While the addition of Warden is not done in Minecraft, everyone is expecting it to be the game’s most dangerous monster. In fact, according to Mojang, the Warden isn’t even supposed to be slain because it doesn’t drop anything.

The Warden is entirely blind and can only attack by listening to the player’s movements. Players are strongly wise to stop the Warden when he is free unless they want to forfeit their stuff.

One of the most dangerous mobs in Minecraft is the Wither. It fires high-damage bombs that also have the effect of Withering Status. The player’s health gradually drains by this impact.

The Wither’s bomb will demolish tonnes of blocks, thus players must avoid being caught in a trench. When facing this mob, players must bring golden apples and potions.

Dangerous Mob-Ender Dragon is a difficult fight opponent for unprepared players in Minecraft due to its large health bar and diversity of attacks.

When battling an Ender Dragon, players must wear feather falling boots or use a Potion of Slow Falling to avoid being flung far into the air by the mob’s wing strike.

Players must also contend with adjacent end crystals, which, until destroyed, will continue to cure the dragon.

The Evoker is Minecraft’s most dangerous non-boss mob. This is mostly because it produces its own mob, the Vex.

While the Evoker is destructive enough on its own, it is the Vex that poses the greatest threat. When Vexes get into touch with the player, they may phase through any wall and do immense damage.

Minecraft players should aim to kill the Evoker from faraway to prevent Vexes.

One of the most common causes of death in Minecraft is the Creeper. Almost every gamer is familiar with this green, phallic-shaped mob.

The threat posed by the Creeper stems from the fact that it is totally quiet. It can approach unsuspecting players and self-destruct, causing enormous damage and demolishing blocks.

Creeper harm may be avoided by erecting a fence around the player’s base.

Above we come up with the most dangerous mobs in Minecraft. They are the elements that make the game amazing and thrilling. But one should be aware of them and try to save themselves from these elements as they are harmful while playing the game.

How to make a Lead in Minecraft