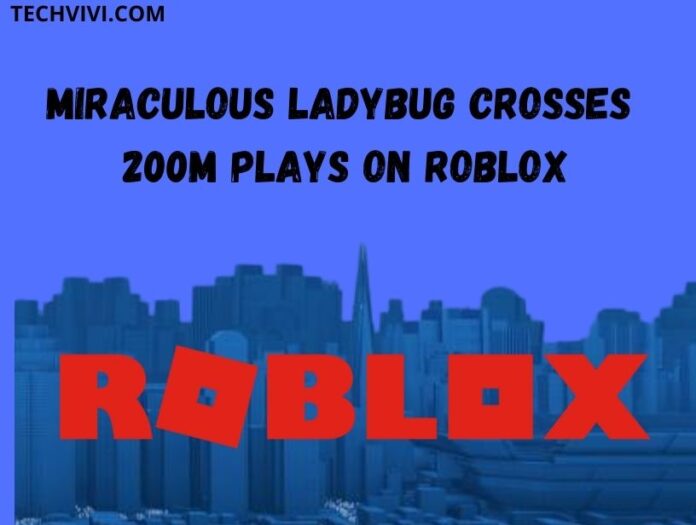 Miraculous RP: Quests of Ladybug & Cat Noir debuted in May. This game has more than 200 million plays on Roblox.

This gained the attention of Drive-by DraftKings. This is a fund that the fantasy sports giant helped create. Other investors in this regard include Remagine Ventures, Powerhouse Capital, 1Up Ventures led by former Xbox executive Ed Fries, early Roblox investor Craig Sherman, and NFL legend Eli Manning.

Roblox games are so popular that people have started playing them billion times. In 2020, as per some recorded data, an average of 32.6 million people came to Roblox on a daily basis. As per some statistics, more than 1.25 million creators have made money in Roblox. It was recorded that in the year ended December 31, 2020, users spent 30.6 billion hours engaged on the platform( 2.6 hours per daily).

This raise became a critical time for Toya and for the Roblox ecosystem as well. Since the beginning of the year, Toya’s player base has grown more than 100 times. This enhanced funding will help Toya enhance the company’s current product offering. This will also integrate new titles onto its growing platform and will immensely expand its hiring and partnerships and collaboration efforts.

Roblox was criticized for having high fees, but Shperling said that he had worked with other user-generated content (UGC) platforms. According to him, Roblox is the only one that really knows the creator community very well and is thinking of its users first. They’re the only player as of now that has genuine metaverse DNA with a real sizable ecosystem.

Used efficiently by 43 million users daily, Roblox is a global gaming platform redefining the gaming experience. It works according to its mission of empowering users to explore, play and create. Toya’s mission is to create inclusive games for girls and women on user-generated platforms like Roblox.

Miraculous RP: Quests of Ladybug & Cat Noir was developed and released by Toya and Zag Games as the first adaptation of an animated TV series for Roblox’s metaverse.

Drive-by DraftKings CEO and managing partner Meredith McPherron is joining Emily Greer and Shperling on Toya’s board of directors. This will be a very useful and helpful move.

Shperling along with her co-founder, Yifat Anzelevich, started Toya to make games for girls, a very underrated issue.

Female gamers make up 41% of the total gamers in the US in 2020, according to the Entertainment Software Association. Girls and women are coming forward in esports, with reports citing women comprising 35% of esports gamers and 30% of esports viewership. According to one report by Crunchbase, 423 gaming companies had at least one female founder, and this has raised from 312 in March 2020.

Toya company was founded in 2017. Till then it has released 30 games. Toya creates diverse and inclusive content for the metaverse generation.

Shperling confirmed that the company is still a small firm with 18 full-time employees, but she hopes that the employee strength might get double in the next six months. She even told that the company is hoping to create other partnerships with brands. Some projects are already in the works — some based on original intellectual property — but Shperling said she can’t talk about them yet.

The prime focus of the company is on Roblox and the metaverse. Roblox gained a tremendous fan base and attention in the last few years. It was like a subterranean current that only gaming people know about. With the Roblox initial public offering (IPO) in March,  it became one of the most valued companies in the gaming industry and attracted the attention of investors significantly.