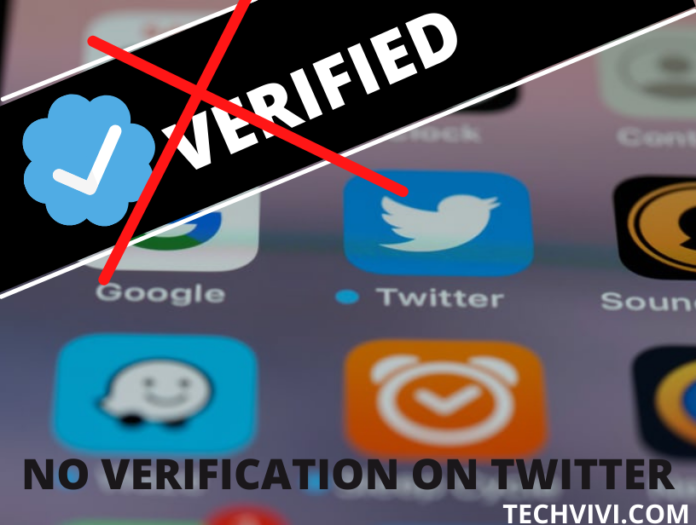 Many Twitter users hoping for a blue checkmark were delighted this year; when the firm reopened its traditional authentication procedure for the first time in in four years. That hope, however, was short-lived, as Twitter paused the procedure only to reactivate it in June. Twitter has, yet again, paused service to Twitter verification app.

On Friday, the company’s official Twitter Verified account said that it was temporarily suspending its confirmation access launch once more. In order to enhance the development and review process. Given the recent event in July, when Twitter validated six false accounts, along with one of a cute cat in a bucket; that apparently began sending out Korean-language spam. The decision to pause the process once more makes reasonable.

The Twitter Verified Account states- “We’ve temporarily paused the rollout of access to form of Twitter Verification so we can enhance the application and review process”. it adds- “We understand that this may be disheartening for individuals who have been expecting. We want to do it right, and we appreciate your patience”.

According to the Insider, this does not mean that Twitter will not validate your accounts if you have already applied. Twitter Verified stated on Friday that it was working hard to assess all of the submissions it had received as quickly as possible. In truth, not everyone on Twitter can yet seek verification because the firm is gradually releasing access to the service.

According to a Twitter spokeswoman, the company will “continue rolling out registrations in the coming weeks.” At the very least, that’s a chronology.

Those who seek a Twitter Verification process will undoubtedly find the news frustrating and irritating. Blue checkmarks are popular right now, but who knows what may be popular in the future? Perhaps we won’t even be on Twitter.

Twitter may soon allow you to pay tips for great tweets