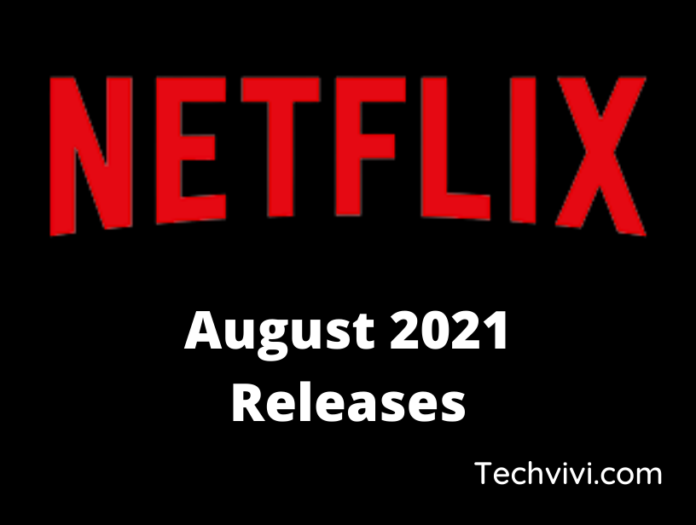 Most of us are really very interested in knowing upcoming Netflix series releases. With a rush of big and small-screen debuts, along with its regular new rotation of vintage TV shows and films, Netflix is gaining steam. The Witcher: Nightmare of the Wolf, a long awaited dark fantasy, will be on the screen later this month on 28 August, 2021. The animated spin-off film, produced by The Witcher executive producer tells the plotline of Geralt’s tutor and fellow Witcher Vesemir. The showrunner is Lauren Schmidt Hissrich.

The new thriller Beckett released today on August 4, 2021, starring Tomb Raider and The Green Knight actress Alicia Vikander. After becoming the subject of a manhunt and trapped in a hazardous political scheme following a horrific accident; an American vacationing in Greece (Washington) must fight his way to the US embassy to defend his identity.

Upcoming Netflix series based on Books

In August, Netflix will release two highly anticipated young adult films, including He’s All That, a contemporary and gender-swapped remake of She’s All That starring real-life influencer Addison Rae as a teen influencer attempting to turn a high school misfit, played by Tanner Buchanan, into prom king. In addition, the second is The Kissing Booth 3, the long-awaited conclusion to Joey King, Jacob Elordi, and Joel Courtney’s Netflix hit trilogy.

Find out the secret of Netflix codes and enjoy your favourite genre on Netflix seamlessly.

Other shows coming to Netflix

Sandra Oh  is set to feature in the shows coming to Netflix; The Chair, which follows Dr. Ji-Yoon Kim (Oh) as she adjusts to her new post as chair of the English department at Pembroke University; where she is one of the few women and persons of color. Amanda Peet, also co-wrote the pilot with Annie Julia Wyman. Annie Julia Wyman is the show’s writer and executive producer, alongside Game of Thrones showrunners David Benioff and D. B. Weiss.

The fifth season of the DreamWorks animated movie Fast & Furious Spy Racers is one of the most awaited upcoming Netflix series August 2021. The premieres of Paris Hilton’s Cooking With Paris and Bake Squad, a dessert competition series from Milk Bar founder Christina Tosi, will fill your August with sweetness. Also oldies but goodies like all five seasons of fan favourite Friday Night Lights and all seven seasons of the Tina Fey and Alec Baldwin-led NBC comedy are the best shows on Netflix in 2021.

Netflix company is looking for a Video Game Executive