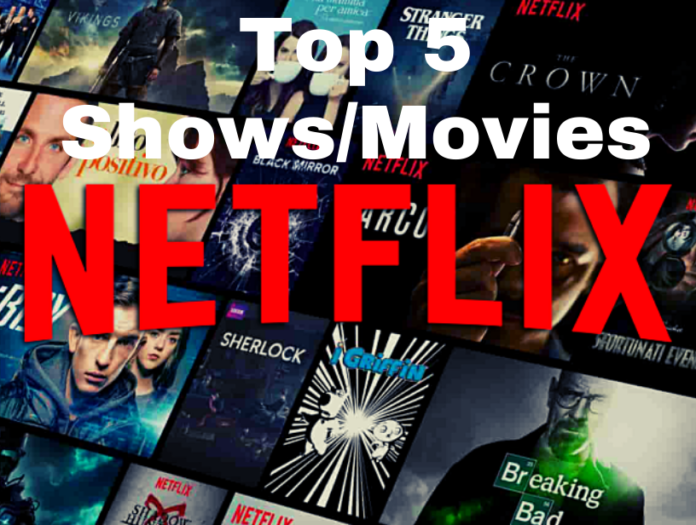 There are many upcoming shows/movies on Netflix to binge-watch. The OTT platform has undergone a significant transformation, and more consumers are rushing to these portals to watch their favorite content. Netflix is a fantastic platform offering series that is worth binge-watching content. Because of this, it is quite difficult for you to choose what to binge-watch next, which can be challenging. Well, we have cut down the streamer’s massive catalog to bring you the top fashionable shows/movies that we cannot wait to binge-watch on the platform.

There are a variety of other shows available on the streaming service, ranging from comedies to fantasy to thrillers. So, with no hesitation, just scroll down to see top Netflix program picks.

Top 5 Shows/Movies On Netflix To Binge-Watch

This Army of the Dead prequel is an adventure romantic-comedy film that follows German safecracker Ludwig Dieter (Matthias Schweighöfer) as he leads a crew of thieves on a top-secret robbery during the early phases of the zombie outbreak (yikes, sounds like he has a lot on his plate). Army of Thieves, which also stars Ruby O. Fee, Nathalie Emmanuel, Guz Khan, and Stuart Martin, is an intriguing joy that will get your heart pumping in many manners than one, so keep a watch out for it when it arrives on Netflix later this month.

The series purposefully mislead viewers into believing Joe is the murderer of his ex-girlfriend Candace Stone on assumption according to his behavior—just to throw that notion on its head when she appeared to confront him in the last scene. You is a psychological thriller series picks with a story where Joe and Love marry each other and raise their child. Also, there is an issue of his heart is still being set on a woman who may be closer than he knows. The latest season will be full of drama and comedy, where things will be not, as great as they appear.

The story focuses on three Locke siblings (Emilia Jones, Connor Jessup, and Jackson Robert Scott) and their mother moves into their ancestral house. They move there when their father is passes-away under suspicious circumstances. They explore a cache of magical keys that may have a link to their father’s demise. A sinister demon rises as the Locke children investigate the many keys and their distinct powers, and will stop at nothing to steal them. Now the second season of Locke & Key’s will premiere on Netflix this month, just in time for Halloween, and is sure to satisfy you and all of your scare-seeking friends. Try not to miss out on this supernatural horror drama.

The amazing series is winding down. Season 5 of Money Heist is the show’s finale. It is split into two parts. The first episode of Season 5 was aired on September 3rd, 2021. The great majority had already binged-watched the entire series in one sitting. Season 5 Part 2 of Money Heist isn’t far off. It will release on December 3rd, 2021. As the last season of The Money Heist approaches, the gang has been imprisoned in the Bank of Spain for over 100 hours. Sierra has kidnapped the Professor, and unexpectedly, he has no plan to get out of the situation. Volume 1 of Part 5 is already available on Netflix, and Volume 2 will be available on December 3rd, 2021.

Stranger Things, the cult sci-fi series will return for a fourth season on Netflix. It is also among the best series on Netflix. Unfortunately, it is not clear when this is going to happen. Stranger Things 4 has a mysterious trailer from Netflix, which focuses on the other “talented” youngsters that lived in the research lab alongside Eleven (Millie Bobby Brown). Regardless, the new season promises more monsters and mayhem. Mostly After two years, season 4 will hit Netflix, surely.

Your wait is going to end. Grab a subscription for Shows/Movies On Netflix To Binge-Watch. All your preferences are just a few clicks away. Get access to a vast library of new and historic series, as well as original programming that isn’t available anywhere else. Enjoy the weekend with the above lists of the finest upcoming shows which you do not want to miss.

What is Geoblocking and How to bypass Netflix Geoblocks?