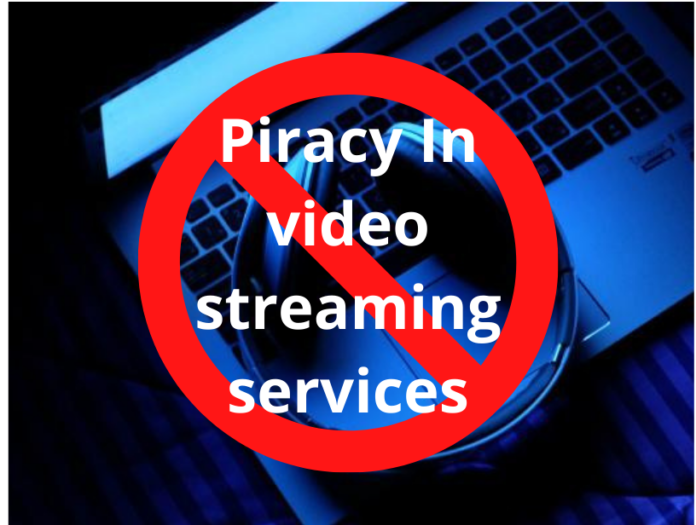 Conventional Video streaming services due to the COVID-19 pandemic are stopped. Closure of movie theatres and multiplexes around the country, OTT players have come as an additional platform for new film releases, and it’s been a win-win situation for the digital business, production companies, and moviegoers so far. While watching a new release on the first day, the first show at home may not thrill you as seeing it on a huge screen with many other cine-goers. It is the choice of refreshments and the only option available to stream movies, series, short stories. This keeps on continuing until the COVID-19 situation improves and cinema halls get permission to reopen.

However, with the emergence of new technologies, the direct-to-OTT release of films has resulted in an upsurge in digital piracy. The loss of revenue for OTT players in India due to piracy is anticipated to reach $3.08 billion by 2022, according to a report by Digital TV Research.

To some extent, we can state that the more video streaming services we get, the more we’ll turn to piracy. The reason can be if you will get more platforms for streaming videos. Then you need to have a subscription for each platform according to the content you wish to watch. Most people try to find out a single alternative or a platform where they can get free video streaming services for the content available on several platforms such as Netflix, Amazon Prime, Zee5, or Disney+Hotstar without spending a penny.

From all the above platforms, the best video streaming services, Netflix was touted as a viable solution to reduce the problem of illicit downloads. But, at first, Netflix did so by aggregating video. Consumers embraced it because it gave a convenient, cost-effective, and legal means to access a massive inventory of TV series and movies.

However, as the streaming market has grown, the loss of content collection appears to be contributing to piracy once again. As per the analytics firm Sandvine, the file-sharing technology BitTorrent accounted for 31% of all transfers in 2018; in 2019, it accounted for 45 percent.

In the lockdown, due to the COVID-19 pandemic, this tendency is accelerating. The traffic to unlicensed TV and movie sites was increased in 2020. In a study for the Australian government, 34% of participants comment that consumes illegal content in 2020.

This happens more often with TV series and movies but not with music?

There is a significant distinction. Spotify, Apple Music, and Tidal, for example, provide access to nearly all of the music available. You don’t have to subscribe to both to listen to The Beatles and Taylor Swift. You only need to join up for one.

Consumer desire to spend is usually on the first information they are subject to. Viewers who use to pay for only one streaming provider may be hesitant to pay for up to six.

In a February poll of roughly 3,000 US television viewers, 56 percent said they sometimes get a confusion due to the number of streaming providers available.

According to Deloitte’s 2019 Australian Media Consumer Survey, nearly half of streaming subscribers say it is difficult to know what material is available on which provider. Three-quarters of respondents indicated they prefer to have all of their stuff in one location rather than having to search across various platforms.

Although it is unclear how many video streaming providers the Australian industry can handle, elevated flops both in Australia and abroad should serve as a cautionary tale.

People are going to take issues into their own hands if there isn’t a legal one-stop-shop for TV and movies.

Illegal streaming portals are becoming more common, aggregating content from numerous video streaming sources into a single interface. To access a variety of illegal content, such services often use an open-source media player in combination with cheap jailbroken hardware and a VPN.

The popularity of such services is only likely to rise unless the industry develops a legitimate alternative to such platforms.

However, all of this rivalry isn’t making matters any simpler. With so many “options,” it’s possible that more of us will turn to piracy to watch movies and TV series. The issue is that (at least in part), services compete by providing exclusive material and original programming.

When it comes to the measures that OTT providers are taking to combat digital piracy, Three factors that are vital in anti-piracy measures: Technology, Law, and enforcement.  OTT platforms like Netflix and Amazon Prime have a robust backend to control such pirated concerns.

Pirating original content is a criminal act under the law. Furthermore, TechViVi is not at all in favor of all pirated websites and illegal activities. This material was prepared and shared with you to provide you with information. Above all, we do not intend for this article to advocate any unlawful action. Aside from that, we urge that you avoid these websites and monitor all types of content using ethical means.