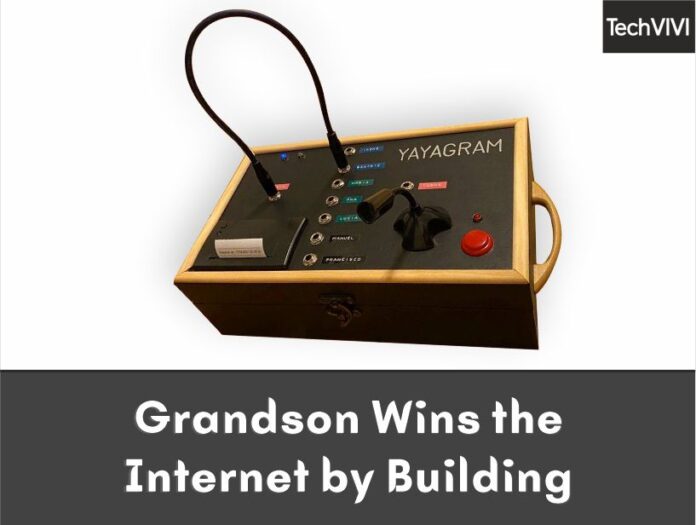 Technology is a campfire around which we tell our stories. But the elderly people are unable to listen to these stories as they find themselves away from modern technology. Elders do not find it easy to operate technology. However, the young generation and techno-savvy people find it easy to operate. Speaking from my own experience, old generation people are not much aware of modern technology. Moreover, they prefer physical buttons and switches to apps and touchscreens. Twitter user and inventive grandson @mrcatacroquer made something really special for his Yaya (which means “granny” in Castilian). He made a charmingly tactile device he calls the Yayagram.

So, Manuel Lucio Dallo a Spanish Engineer developed the Yayagram. It is an app that allows sending and receiving voice and text messages over Telegram. However, it is a physical process and works similarly to an old-fashioned phone switchboard. In the word Yayagram  Yaya means “granny” in Castilian.

What is the inspiration for Yayagram?

Dallo states that his grandmother is 96 and lives with his parents in Burgos, Spain. Explaining further, he says he was inspired due to the pandemic lockdowns. When most of the grandchildren can’t visit her as they live outside of Burgos and because of covid movement restrictions-said Dallo.

Dallo adds that his grandmother is hard of hearing. It is difficult for her to make regular phone calls and video calls. The Yayagram allows her to make and receive messages by herself. It also empowers her and builds communication bridges with the rest of her grandchildren- he adds.

In case of sending a voice message, the user physically plugs in a cable provided next to the recipient’s name. Then they press and hold a button to record audio and speak into the microphone. The message then appears on the recipient’s phone as a regular voice note. When the user receives a text message, it is printed using a built-in thermal printer.

The microphone is a cheap USB and It’s powered by a Raspberry Pi 4. Besides this, the printer is similar to those used by cashiers. In fact, it uses Python and several third-party software libraries to make the work possible.

Yayagram is a very useful device that helps elderly people to use modern technology in their own way. It creates a bridge between the two generations by the use of modern technology with old methods. The thermal printer allows them to read the text physically instead of scrolling the device.