Home Apps News Your WhatsApp is set to look different again! Here is how an... 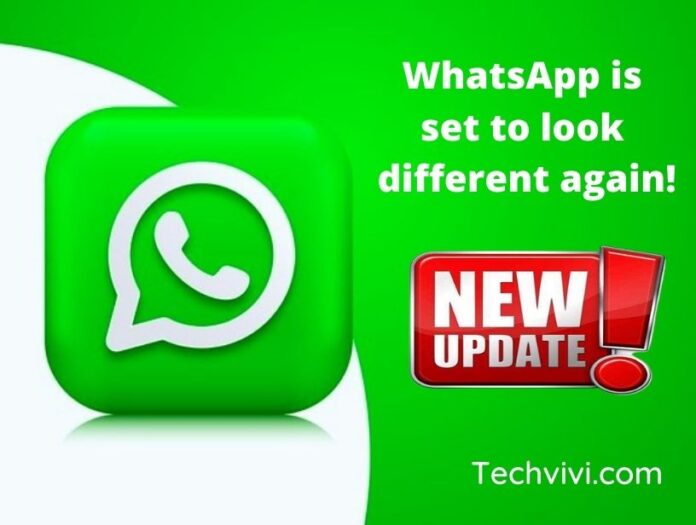 The Facebook-owned company, WhatsApp is always making small changes to its app to improve the interface for users on Android and iOS. Whatsapp two billion users always get the whatsapp update frequently. Moreover, more  whatsapp privacy policy update are expected soon. Here in this article you will learn about the whatsapp look update.

According to a recent source, it has made improvements to its interface to restore the green colour in alerts on Android handsets. The latest beta version of WhatsApp has removed the blue text that was used to replace the company’s green text to denote the app’s name, as well as the “quick actions” such as “reply” or “mark as read” when receiving a notification, according to popular feature leaker website WABetaInfo, which has a solid track record for leaking WhatsApp features.

According to the source, some users complained that the new blue-ish colour was difficult to read on the app due to the poor contrast with the dark background, therefore WhatsApp went back to the original notification colour. It’s also possible that reading blue text on a dark theme was much more difficult for smartphones with a greyish dark theme, which would result in even less contrast than an AMOLED black theme.

WABetaInfo recently reported that the Facebook-owned messaging service had made another minor but noticeable change to its Android app, removing the many lines in between messages in the list. This implies that although iOS users will still see a line (as a separator) between chats, Android users will not — unless WhatsApp decides to reverse this change in a future version!

1: Go to the Google Play Store and look for the WhatsApp application.

3: Confirm your entry by clicking the “I’m in” button. After a few minutes, check the Google Play Store for updates.

4: If you don’t see a sign-up option for the beta version of the software, or if all of the slots are taken,

WhatsApp updates provide huge benefits to its users. Messages are sent without any charges to any part of the world provided the internet is available on mobile devices. No advertisements on the screen to annoy the user. All the tools are very easy to use. The WhatsApp imports all the contacts of the phone automatically. It also provides information about who all in your contacts are using the WhatsApp application. Friends can chat with friends without spending any money using WhatsApp on internet enabled devices. You can find WhatsApp beta update here.